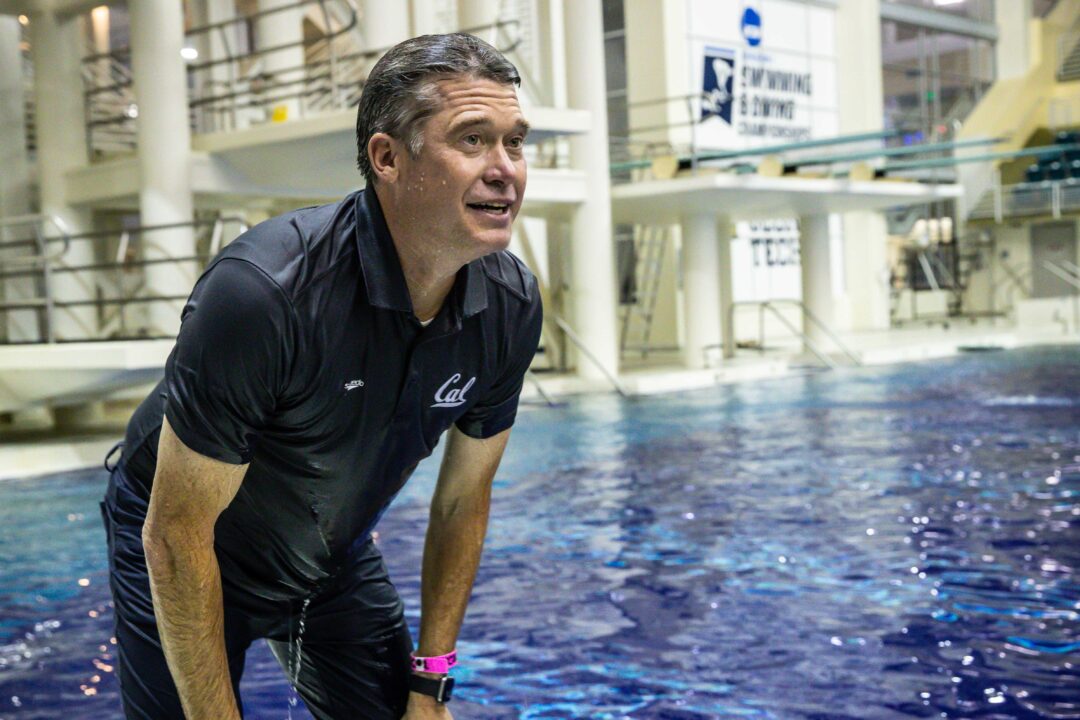 Dave Durden received a new contract with a base salary of $110,000, plus up to $54,000 in incentives, to serve as acting head coach of the Cal... Archive photo via Jack Spitser/Spitser Photography

Durden has been the head coach of the men’s program for more than 15 years since being hired in fall 2007. Last summer, among a tumultuous period for the women’s team, Durden was asked to take over as acting head coach for Teri McKeever when the school put her on administrative leave while investigating abuse allegations.

While most head coaching contracts for combined-gender programs are written in a single contract, Cal gave Durden a separate contract to serve as acting head coach of the women’s team, though the general terms and conditions of those agreements are explicitly linked. This contract is for one season only, and can be extended if the two parties are negotiating a new contract.

Similarly to the contract of associate head coach David Marsh (whose base salary is $120,000, higher than Durden’s contract for the women’s team), Durden’s contract would terminate upon the return of head coach Teri McKeever, though as that investigation drags on, it seems increasingly-unlikely that she would return to the program, regardless of its outcome.

Durden’s base salary for coaching the men’s team is $270,000, plus incentives, which means that the combined value of his contracts makes him one of the highest-paid coaches in the NCAA. The $380,000 matches the most recent base salary of recently-retired head coach Jack Bauerle of Georgia, who we believe to have been the highest-paid college coach in the country.

The contract has a maximum annual bonus payout of $54,000, which is unlikely to come into play in a rebuilding year for the Cal women. While the team is outperforming expectations under new leadership, a top 4 finish at NCAAs is unlikely.

In spite of the loss of their top swimmer from last season Isabel Ivey, who recently announced that she will transfer to Florida, along with several other key contributors, the Cal women are outperforming expectations this year. They have won all 4 dual meets that they’ve competed in.

In unofficial scoring, they finishers within 20 points of the Texas women at the Minnesota Invite in December – a big result after the Texas women finished 2nd at NCAAs last year and improved their roster this season.

The Cal women have 6 swims currently ranked in the top 8 of the NCAA this season, including junior Isabelle Stadden, who ranks 4th in the 100 back and 3rd in the 200 back.

Stadden did enter the NCAA transfer portal over the summer among the height of the Teri McKeever controversy, but she ultimately decided to stay at Cal for this season.

Congrats Durden! I would love for SwimSwam to take the top 30 teams in the country and create a best times percentage report. Take the top 5 swimmers out of the statistics, or separate it, and look at the rate of improvement for the less talented athletes. It would be interesting to see who “deserves it” as talent and connections make coaches famous. Not condemning Durden; he certainly has developed some fast swimmers, but just wondering if the stats for the bottom of the team would be as impressive as some of the others. Doesn’t seem so from a glance.

I got some super well research data for ya

before durden: 0 rings for 3+ decades

it was hard to find i had to dig really deep

But they’ll have to pay for my move from NC! 🙏

Add 3 more zeros onto the back of that $110,000 and you’ve got the salary of the highest paid college football coaches.

I don’t think anyone’s making 110M in the NCAA

However, add 0 more zeros and you’ve got the cost of an average cfb recruit weekend at some of these schools 😳

Pay the man. He’s earned every penny of this.

$380K per year to coach a non-revenue generating sport… This is not going to end well for anyone involved in NCAA Swimming other than Dave Durden.

I am not certain this is true, but I do kind of suspect it is. It would be interesting to see the breakdown of costs vs fundraising from high-performing teams.

Cal is a self-funded program, so the alumni from all of the aquatic sports donate to the 4 programs as to not be reliant on any “drops” the school may have. They have millions saved up, so they’ll be just fine

Yeah, Cal aquatics is probably the best-funded aquatics program in the country. Alumni contributions have to count as income, right? I don’t know why they shouldn’t, especially if they’re being used to set up endowments.

Don Fisher was a captain of both Cal swimming & water polo, and also founded The Gap (which now also owns Old Navy, Banana Republic, and Athleta) with his wife. He’s part of the “big four” for Cal aquatics (Ned Spieker, Rick Cronk, Don Fisher and Warren Hellman) who along with other alumni have made sure that the program is in good shape for a long time to come.

He is totally worth it! #hehasearnedit

A college football program can bring in tens of millions of dollars, and the staff is paid accordingly.

How is a college swimming coach paid even a tenth of what an average college football coach makes when the swimming program doesn’t bring in a thousandth of what football brings?

If Cal swimming wasn’t even half as good as they are, what would be the change in revenue for the program?

With that mindset, swimming is never gonna make up the revenue gap

We can start the debate about “tuition is revenue” if you really want to, but if you’re making an apples-to-apples comparison…then your “most football programs lose money” becomes “almost every football program makes money.” D3 football rosters are big and tuition is very high.

It depends on the program. Most programs lose money, so while they have a large income, they have huge expenses too.

We can start the debate about “tuition is revenue” if you really want to, but if you’re making an apples-to-apples comparison…then your “most football programs lose money” becomes “almost every football program makes money.” D3 football rosters are big and tuition is very high.

Yes I agree. Would love a break down! Miss it!