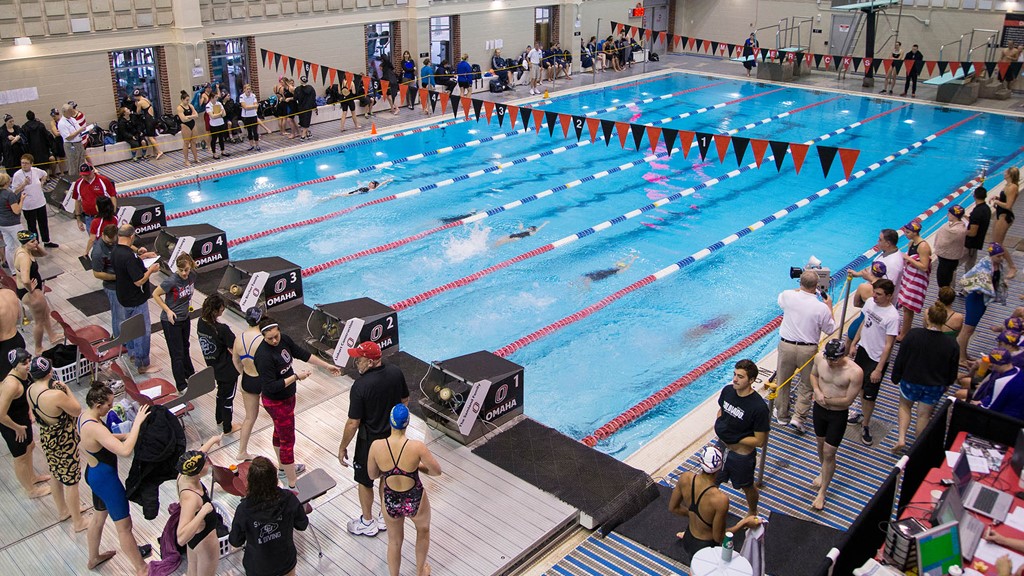 In a year full of program cuts, Division I University of Nebraska Omaha announced the addition of men’s swimming & diving, beginning in the 2021-22 season, on Friday.

The Mavericks are the second D1 school to add men’s swimming & diving in 2020, joining Long Island University who made its announcement back in May.

“This is a great opportunity for local student-athletes to continue competing in swimming and diving at the highest level while remaining close to home,” said Trev Alberts, Omaha’s Vice Chancellor of Athletics. “Omaha will have the only men’s Division I swimming and diving program in the state, and we think we can build a team that will be competing for Summit League championships in the very near future.

“We worked hard to create a strong business case that will increase overall revenue and fit well within our sport offerings.” Alberts added. “I am so pleased to have Todd Samland serving as Omaha’s Director of Swimming and Diving. Todd is a proven winner, a loyal Maverick, and he cares deeply for young people.”

The school has sponsored women’s swimming & diving dating back to 1997-98, with Samland being the only coach in program history. He will take the reins of the men’s program as well, being joined by three assistants.

“The excitement of starting a men’s program is the same as it was back in 1997 when the women’s team first began competing,” said Samland. “There are outstanding prospective student-athletes competing both locally and regionally, and it will be up to our staff to show them the potential of the program and all that UNO has to offer.”

The men will join the women’s team in training at the H&K Pool on campus, a six-lane, 50-meter facility with up a capacity of up to 800 spectators.

A total of 11 Division I swimming & diving programs have been cut over the last nine months due to the coronavirus pandemic, including six men’s teams: Connecticut, Dartmouth, East Carolina, Iowa, La Salle and Michigan State.

At the 2020 Summit League Swimming Championships, the University of Denver men’s and women’s teams won their seventh straight conference titles, while the Nebraska-Omaha women placed fourth.

The Maverick women have won two conference titles in school history, 2005 and 2008, back when they competed in the North Central Conference.

Very positive news, in a year where many sports programs are struggling to stay alive. It may also bring a much needed change to the Summit League, where Denver has been dominating

Very positive news, in a year where many sports programs are struggling to stay alive. It may also bring a much needed change to the Summit League, where Denver has been dominating

I’m not sure Denver is very dominating this year, their roster looks slim.

Finally, a school adding a swim program instead of dropping one!

As some of the other commenters have noted, Trev Alberts is a former University of Nebraska football star. Several years ago, he was part of the controversial decision to drop UNO’s football program. It was something that was done in the overall interest of the university and the athletic department. While controversial at the time, it looks as though it was a really good decision and the athletic department appears to be doing well.

I am really happy to see they are offer up men’s summing. Wishing them much success.

It is nice to see teams added during this time. Seems like all the news is about teams being cut.