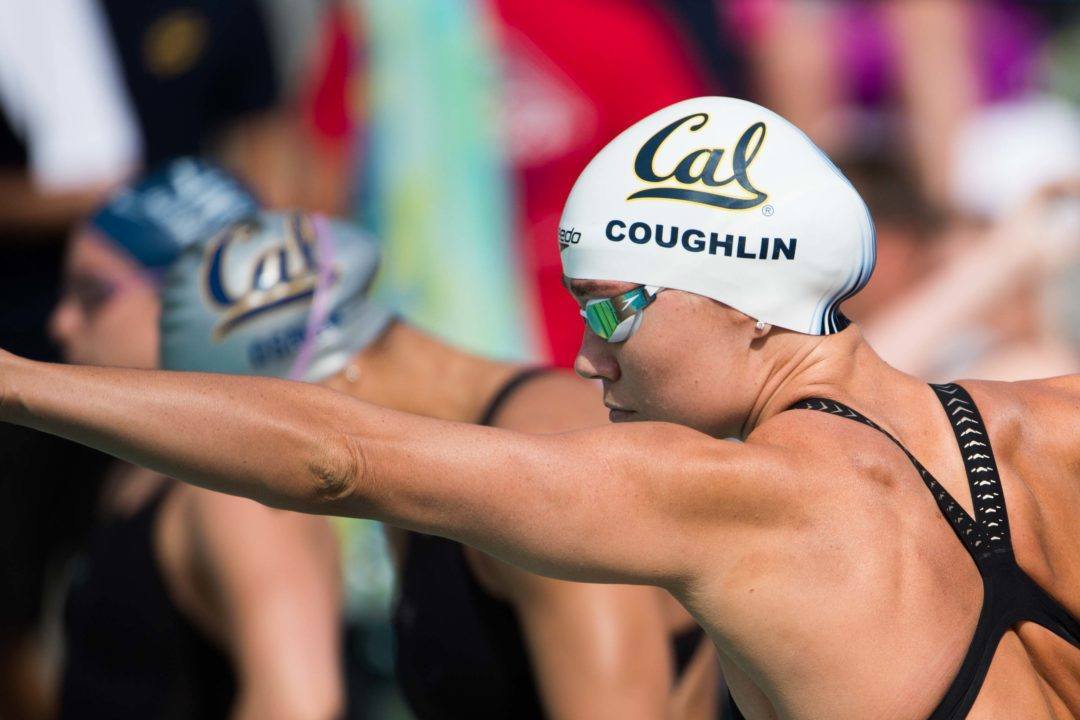 In a short Day 2 prelims session, Cal’s Matthew Jensen will swim the 100 breast, scratching the 100 free where he was the #11 seed.

We reported last night that the four teams would be headed by retired Olympians, and a USA Swimming press release today named the four team captains. The four will draft out their teams from the USA Swimming National Team pool this Sunday in advance of the Golden Goggles award banquet.

Stay tuned to SwimSwam for more coverage on this event, including a special pre-draft report you won’t want to miss.

The captains will draft their squads on Sunday ahead of the Golden Goggle Awards. USA Swimming will stream the first five rounds of the draft on USASwimming.org and via Facebook Live at 1 p.m. ET/10 a.m. PT.

“USA Swimming is committed to enhancing our events for swimmers and spectators alike, and #USASwimSquads adds a unique twist to our 2018 line-up,” said Lindsay Mintenko, USA Swimming National Team Managing Director. “Team competition is a key part of the sport from the grassroots level to the highest ranks of collegiate swimming, and #USASwimSquads will allow our National Team athletes to compete head-to-head for team bragging rights throughout the season.”

“I was ultra-competitive in the pool, and I fully expect to be just as competitive managing my squad,” said Coughlin, a 12-time Olympic medalist. “#USASwimSquads is a great concept and should add a fun and unique twist for everyone following USA Swimming’s events next year.”

Following Sunday’s draft, each of the four rosters will feature 27 or 28 team members. From there, it will be up to each of the legendary captains to set their best projected lineup for each meet – much like fantasy sports.

Prior to each of the six TYR Pro Swim Series meets and the Phillips 66 National Championships, each captain will choose six athletes from their squad to be eligible to score points. The six athletes then will be designated across six event categories (one athlete per team per category) and will be eligible to score points in a maximum of two events from that category. The scoring athletes can be changed out from meet to meet. The event categories include:

The winning squad will be recognized following each TYR Pro Swim Series meet, and the squad with the most cumulative points at the conclusion of Phillips 66 Nationals will win a $10,000 donation to the charity of its choice. Each eligible squad member also will win prizes from USA Swimming partners.

#USASwimSquads will be contested at the following events:

#USASwimSquads is another example of USA Swimming enhancing its events with new and exciting format adjustments. Three of the 2018 TYR Pro Swim Series meets will have new wrinkles as well, including the addition of 50-meter events for each of the strokes, culminating in a “shootout-style final;” a mixed 400m medley relay featuring members of the National Team and a 200m “mystery” individual medley final in which stroke order will be determined immediately prior to the event.

Lezak’s team is gonna be down by a hell of a lot going into the last stop, but don’t count ’em out.

Swimswam, It would be very cool if in light of this you set up a fantasy swim competition that readers could get involved in. Maybe something like a season long pick em, but more like fantasy swimming?

This will be so fun. Such a good idea

So did Natalie quietly retire? This is the first time I’ve heard her name and retirement in the same sentence by USA Swimming, and her use of past tense seems to confirm it.

Aquajosh – at trials in 2016, she did an interview where she basically said “I don’t feel the need to use the word retirement, but I’m on a different path now.”

In effect, she retired from elite full-time training.

Off topic but this post made me think about Missy. Anyone know how she’s been doing lately?