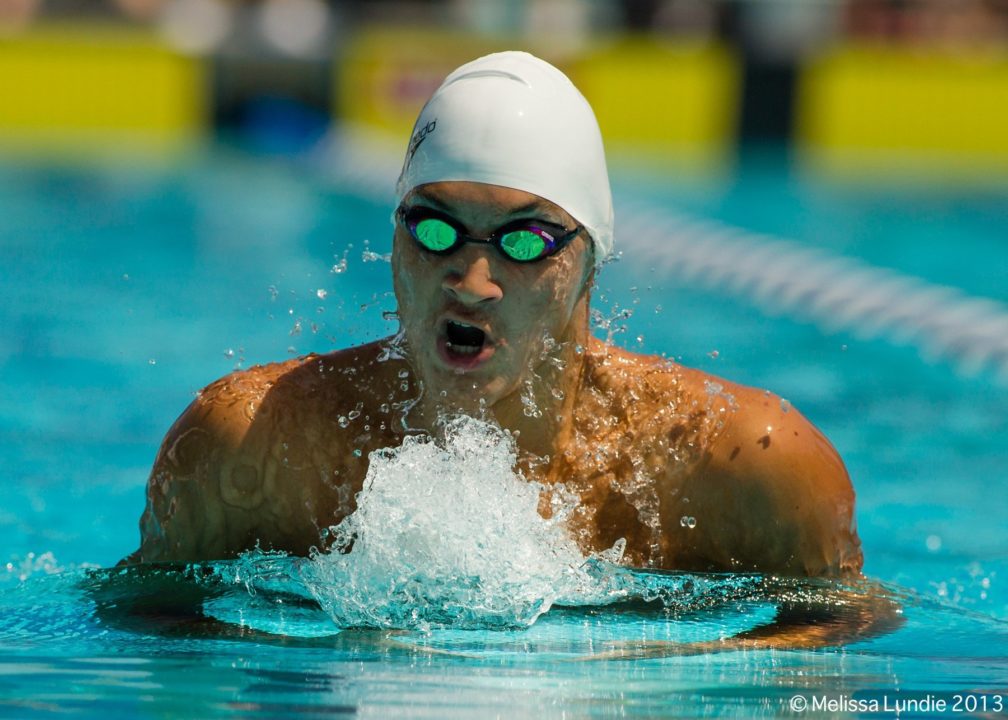 It was a winding road to get there, but senior Connor Hoppe ultimately did break the national public high school record in the 100 breast at the Sac-Joaquin Section Championships. Archive photo via Melissa Lundie, melissalundie.com

It was a winding road to get there, but senior Connor Hoppe ultimately did break the national public high school record in the 100 breast at the Sac-Joaquin Section Championships.

The future California Golden Bear went 53.06 at finals to break the national mark of 53.24 set by Andrew Seliskar at Virginia High School State earlier this year. The time still isn’t quite the overall national record, which stands at 52.92 from Nebraska’s Jacob Molacek, but was a lifetime-best for Hoppe.

Hoppe was originally declared ineligible for competing at NCSA Junior Nationals while attached to a club after California high school season had already started. But a few days later, the Sac-Joaquin Section Executive Committee voted to allow Hoppe to compete, instead fining his school.

In prelims, Hoppe narrowly missed the record, going 53.63, but the record was still clearly within reach, considering Hoppe put up a 53.12 at that NCSA meet that nearly got him disqualified from high school eligibility. But this 53.06 betters even Hoppe’s NCSA mark.

He went out in 25.07 and came back in 27.99, meaning his back half was what gave him the record over Seliksar. Here’s a quick splits comparison of the two:

You can find full results of the Sac-Joaquin Section meet here.