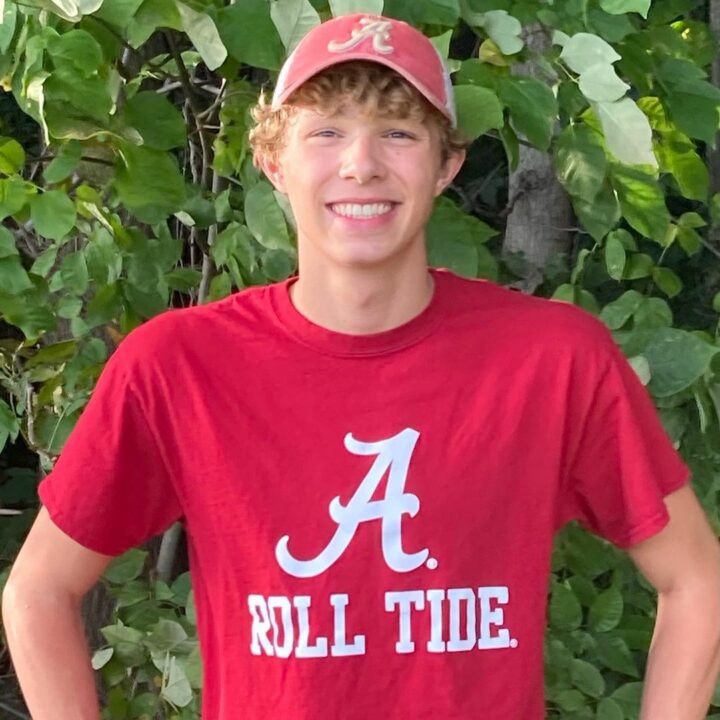 Fitter and Faster Swim Camps is the proud sponsor of SwimSwam’s College Recruiting Channel and all commitment news. For many,...

iNspire Swim Team’s Nate Germonprez, our #3 recruit in the class of 2023, is the first public commitment to the Texas Longhorns’ class of 2027.

Sprinter Mia McBride will travel north from Alabama to West Virginia as she has announced her commitment to Marshall University.

The Alabama Crimson Tide have opened the ledger on their 2023 recruiting season with a commitment from Connor Carlile.

After losing several recruits from their highly-ranked class of 2022, Bama’s new head coach Margo Geer is starting to get her recruiting feet under her with the team’s first public 2023 commitment.

Carlile comes to the Tide from Fishers, Indiana, one of several suburban Indianapolis hotbeds for high school swimming. There he attends Fishers High School and trains with the Fishers Area Swimming Tigers.

That’s not an area that Alabama has historically hit very strongly in high school recruiting – the last Indiana swimmer on their rosters was Brittany Gilbert, who swam for Alabama through the 2015-2016 season. Geer has connections to the state from her time training there as a post-graduate athlete, though, and is taking her team to new recruiting grounds.

Carlile is a versatile swimmer who focuses primarily on the IM races and freestyle distances 200 yards-and-longer.

A big long course breakout over the summer sets him up for big gains in short course too. For example, in the 100 meter free, which hasn’t historically been a big event for him, he improved his personal best by three-and-a-half seconds (he hadn’t raced it long course since 2019). His 200 free time saw six-and-a-half seconds of improvement. His 200 IM time dropped by more than six seconds as well, and the icing on the cake was a 14-seconds improvement on his best time in the 400 meter IM.

The short course versions of these events were weaknesses of the Alabama program last year – a program that was led by sprint guru Coley Stickels to start the season. At the 2021 SEC Championships, the Alabama men scored 0 points in the 500 free and 1650 free, 5 points in the 200 free, 20 points in the 200 IM, and 22 points in the 400 IM. Those were the team’s 5 lowest-scoring swimming events at that meet, though they were still boosted enough by the sprinters to finished 5th overall at the meet.

In club swimming, Carlile is a former age group Central Zone champion and multi-time Indiana Age Group Champion. Swimming for his high school in February 2021, he finished 10th at the Indiana High School State Championship meet in the 200 IM with the best time listed above.

He was also a member of the 2021 USA Swimming Scholastic All-America Team, which requires at least a Winter Juniors qualifying time and at least a 3.5 GPA.