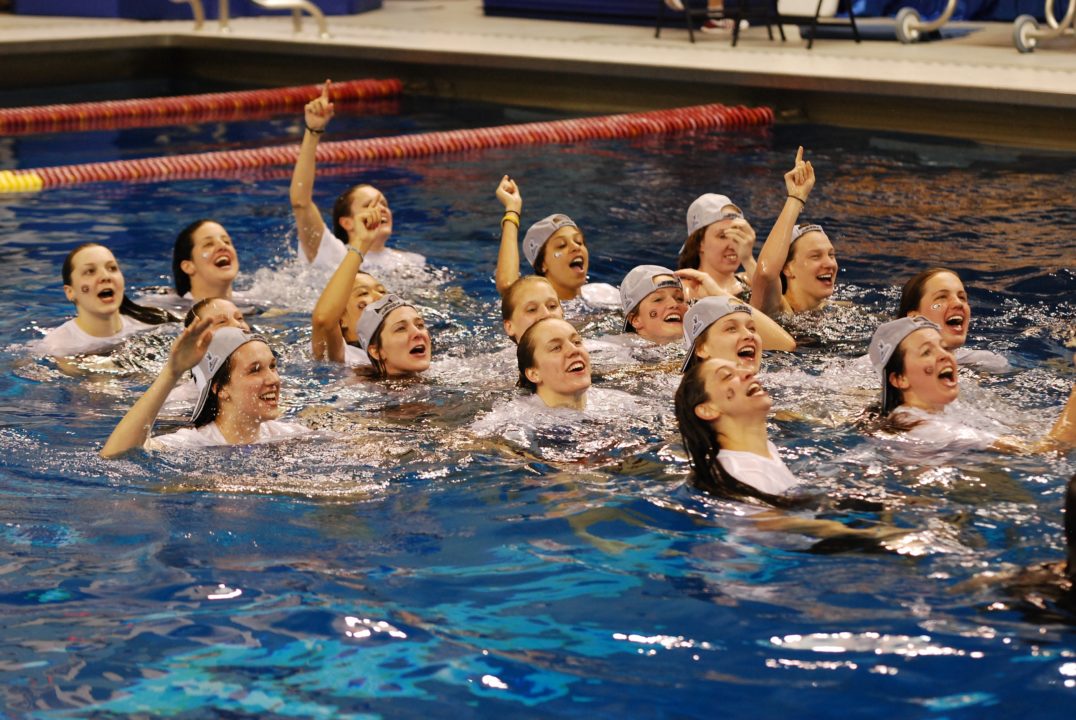 The Georgia Bulldogs have repeated as women’s Division I NCAA Champions, overcoming Stanford and Cal to win with 528 points. The repeat feat was made more impressive by the graduations Georgia weathered after last season, most notably freestylers Megan Romano and Allison Schmitt.

But Georgia reloaded in a big way, winning the title with outstanding depth and getting 5 individual NCAA titles. Two apiece came from freestyle sensation Brittany MacLean and diving stud Laura Ryan. MacLean, a sophomore, won an insane battle with Cal’s Missy Franklin in the 500 and also took the 1650, while Ryan, a native Minnesotan, won both 1-meter and 3-meter diving in front of her home-state crowd to close out her senior season. Freshman Olivia Smoliga added a 50 free national title for the Bulldogs.

Every championship is a team effort – even the swimmers who weren’t on the SEC or NCAA team had a hand in this title, and the entire squad will be getting their well-deserved championship rings for the 2014 season. Here is the full Bulldog roster as it appears on the Georgia athletic site:

Congratulations Georgia Bulldogs! Back to back NCAA Champs! What a great group of women and coaches! Well deserved! And with a great group of recruits coming in next year, they’ll be loaded again!

Congrats to Georgia.
I’m still a rookie about college swimming so tell me if I’m wrong or not but is it most of the time the team with the biggest freestyle depth which wins at the end?
It looks so important with 5 freestyle races in individual and 3 freestyle relays.

Also, having one or two divers who can score helps.

What hurt CAL:
1. Not having one single diver who can final
2. not having a breastroker who can score, not even in B final. Not having a single good breastroker also hurt CAL badly in two medley relays which give big score.
3. the failure of its top swimmers to perform, with the exception of Missy.

There you have it.

Well done to Georgia! Shame we havent’t had any similar conclusive piece about the Div 3 champs…

Next year again a Georgia/Stanford/Cal battle?
Without any doubt.

So let’s see the situation of each team.

I think Stanford is going to pull it out next year

I think Olivia will do great for the rest of the season.