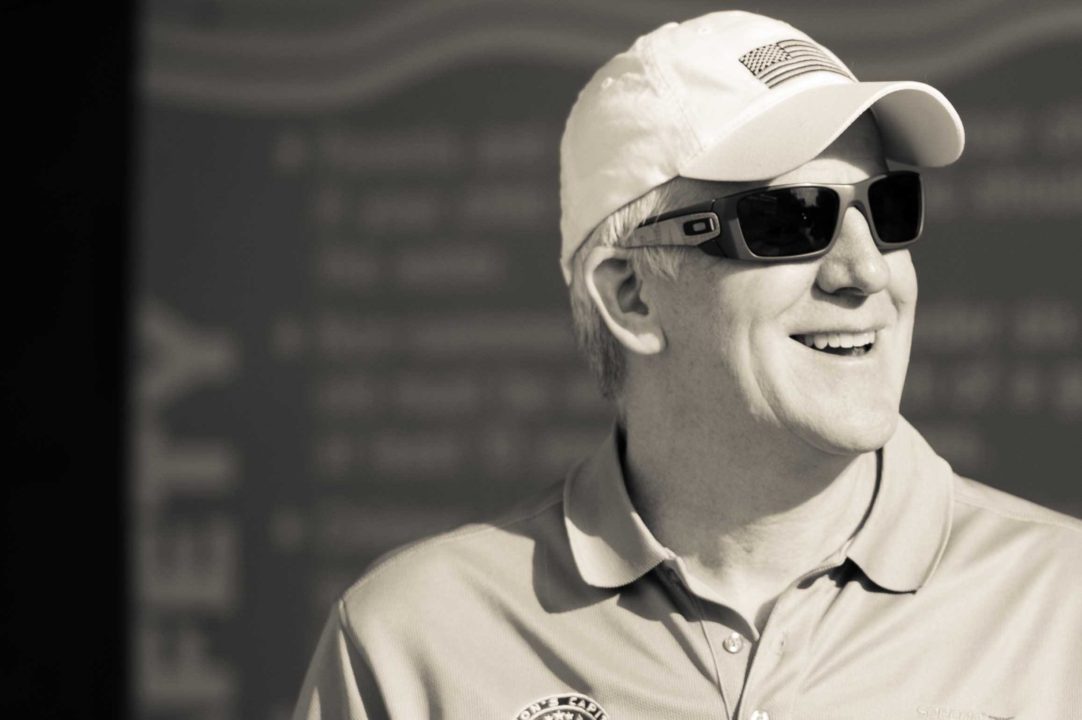 Bruce Gemmell and Katie Ledecky were an unstoppable duo for years - and one of Ledecky's early world record explosions happened in June of 2014. Archive photo via Mike Lewis/Ola Vista Photography

In June of 2014, Katie Ledecky set two world records at an in-season meet in Texas, with coach Bruce Gemmell ultimately earning our Junior/Club Coach of the Year Swammy Award.

Three days later, at the same TWST Senior Invite in Texas, Ledecky crushed an 8:11.00 in the 800 free to break her own world record by almost three seconds.

That was the start of a banner summer for the 17-year-old Ledecky, who would go on to claim the 400 free world record for the first time later that summer, and would end up breaking five world records in the year 2014. (Two apiece in the 1500 and 400 frees, and one in the 800).

Gemmell was Ledecky’s primary coach at the time at Nation’s Capital Aquatic Club, and he oversaw an outstanding 2014 to 2016 run where Ledecky took over the world record books in distance freestyle and became essentially unbeatable in the 200-1500 free range.