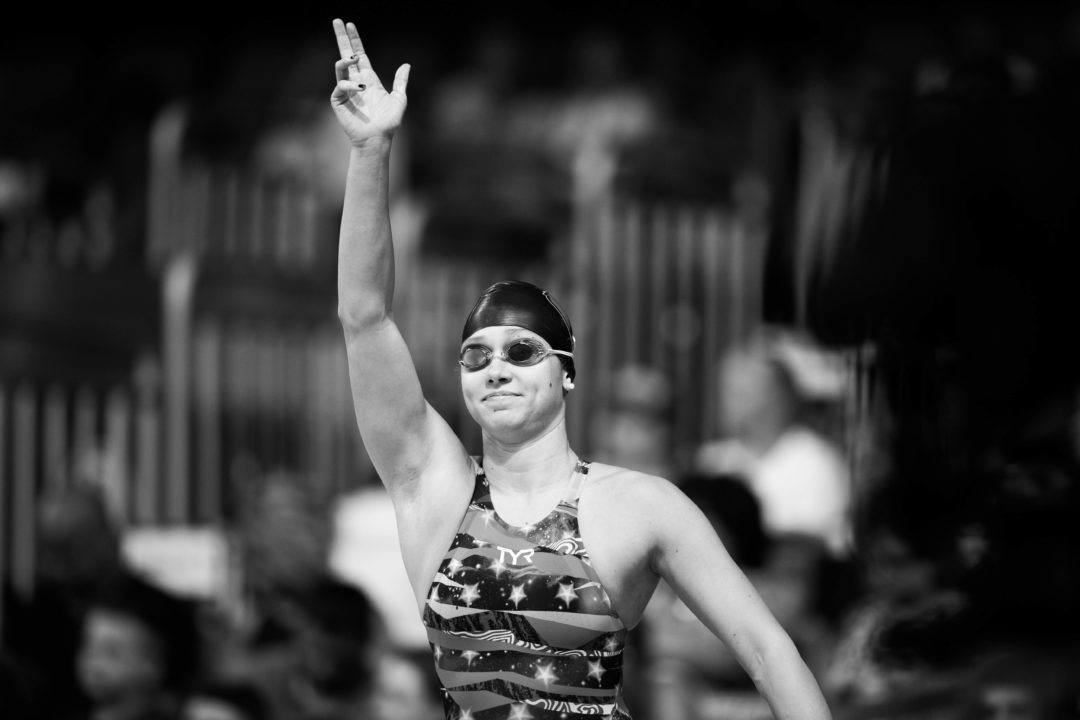 Among this year's award recipients was NCAA champion Mallory Comerford, who put on a stunning performance at the NCAA championships to tie Katie Ledecky for the 200 free title. Archive photo via Mike Lewis/Ola Vista Photography

The Louisville Cardinals celebrated a historic 2016-17 season, which saw 24 school records fall, at their annual banquet. Among this year’s award recipients was NCAA champion Mallory Comerford, who put on a stunning performance at the NCAA championships to tie Katie Ledecky for the 200 free title. Comerford recieved multiple awards, including the Igniting Performance Award, Most Memorable Performance Award, and the Rick Hill Award.