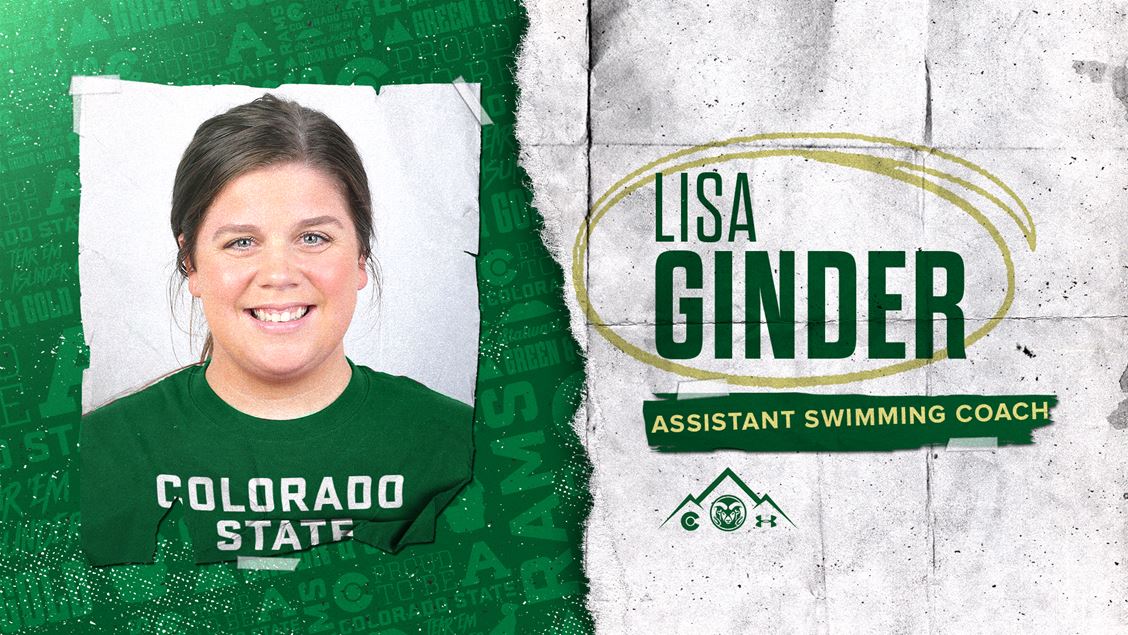 Colorado State women's head coach Christopher Woodard has finalized his staff for the 2019-20 season with the addition of Lisa Ginder as assistant coach. Current photo via Colorado State Athletics

FORT COLLINS, Colo. – Colorado State women’s swimming and diving head coach Christopher Woodard has finalized his staff for the 2019-20 season with the addition of Lisa Ginder as his assistant coach.

Ginder comes to the Rams with seven years of collegiate coaching experience, the past three as an assistant at Fordham University. At Colorado State, she will work as the program’s recruiting coordinator while coaching primarily the distance individual medley and freestyle swimmers.

“I am thrilled that Lisa Ginder is returning to her second home in Colorado. She is a highly regarded young coach and has distinguished herself in the recruiting process as someone who has knack for communicating effectively with recruits, student-athletes and administrators alike,” Woodard said. “As an accomplished swimmer herself and a veteran of three DI programs, we believe she possesses all the attributes we look for in our staff members. She is a tireless recruiter; patient, but persistent coach; and an effective manager. This 2017 Jean Freeman Scholarship Recipient for Excellence in Coaching is widely recognized as a great upcoming coach, and I am excited she is joining the Rams for the 2019-2020 campaign.”

Ginder spent the past three seasons as an assistant coach at Fordham University, helping the Rams finish in the top half of the Atlantic 10 Conference and taking down more than 25 school records. Following the 2017 season, she was awarded the Jean Freeman Scholarship, given annually to six assistant coaches whose contributions have brought recognition to their program. The scholarship allowed her to attend the CSCAA Convention and Clinic and the CSCAA Coach Academy.

She spent two years with Bryant University, serving as a graduate assistant coach and the recruiting coordinator. In the 2015-16 season, the Bryant men’s team had its best performance ever at the MAAC Championships, placing third as a team, collecting 11 medals and breaking all but five school records.

“It’s exciting for me, because I went to college in Colorado, so I know what an amazing state it is,” Ginder said. “After speaking with Coach Woodard and getting his vision for the program, I was ready. He’s had some great results in the past and has brought in some strong recruits, so with his vision and mine, I think it can be something really special. That’s what excited me.”

She is a 2014 graduate of the University of Denver, helping the Pioneers win consecutive Sunbelt Conference titles in 2011 and 2012, serving as team captain her senior year. A four year All-American in high school, she won the Sunbelt Conference title in the 500-yard freestyle in 2008-09, setting a conference mark which stood for three years. She held the DU record 500 free, hitting NCAA ‘B’ marks in that event, as well as the 400 individual medley and 200 butterfly.

Ginder has also served as a volunteer swim coach at the University of North Texas, helping to run the distance practices. In addition, she has worked as a coach at the club level with a handful of teams.