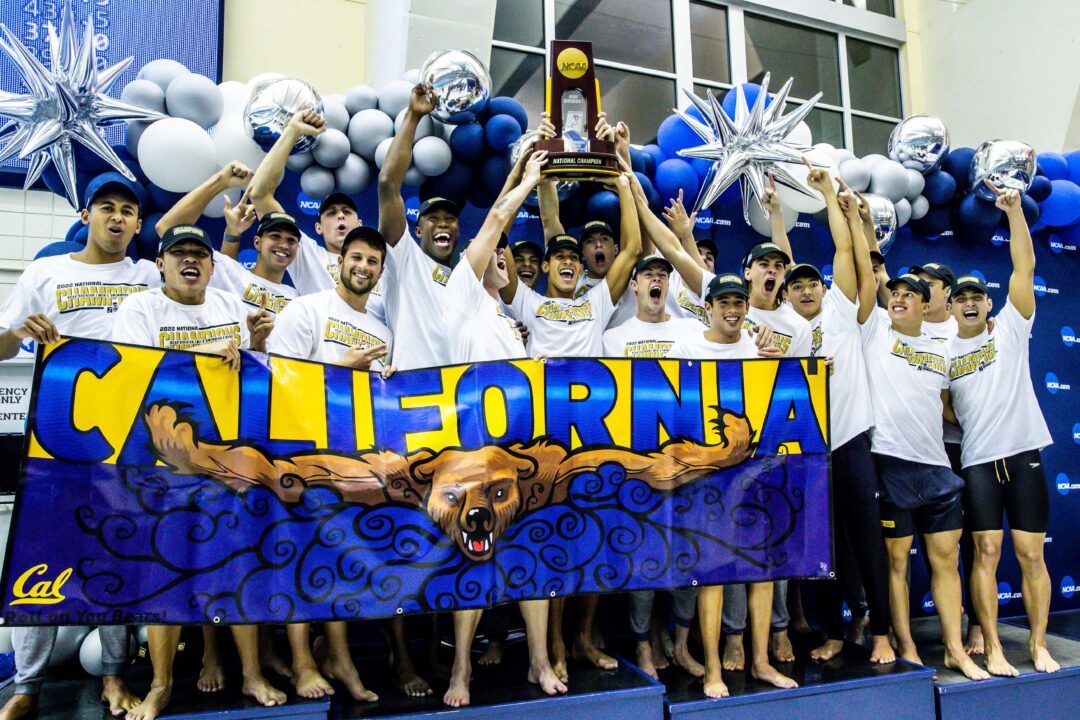 Defending men's NCAA champions Cal will take on their midseason this weekend at Minnesota. Also in attendance will be second place finishing Texas. Archive photo via Jack Spitser/Spitser Photography

Did someone say another weekend of midseasons? Oh yes, another one. As if two weeks ago wasn’t exciting enough. This weekend is a lot smaller but is still one to watch as some of the top teams will be competing, specifically at the Minnesota Invite.

Highlighting the week will be Cal and Texas, but other noteworthy names such as Paige McKenna and Phoebe Bacon from Wisconsin and Max McHugh from Minnesota will also be ones to watch out for. Those are just a few names to watch out for and not an exhaustive list. At the team level, the biggest battle to watch will be between the Cal and Texas men, as both finished first and second at last year’s NCAAs. Who will post new top times in the NCAA so far this season?

Another invite to watch out for is the Denison Invite as the Division III powerhouse hosts numerous Division I teams at their home pool for midseason. The Iowa women will be hosting all of the women’s-only Big Ten programs at home.

On the long course end, numerous NCAA athletes will be in Greensboro competing in LCM. Notably, the 2024 US Olympic Trials qualifying period begins on November 30th, the first day of the meet. See the psych sheets for that meet here. In addition, the Minnesota Invite will also host a LCM portion of the meet on Sunday 12/4.

2 things. Hopkins is also swimming at the Denison invite, it should be a very quick meet. Also, for DePauw Brian Wright has taken over as the interim head coach for the remainder of the season.

Harvard is also at the Minnesota Invite.

The Denison invite is one to watch. Having the top 3 men’s teams from last years NCAAs is basically the perfect preview of this years competition