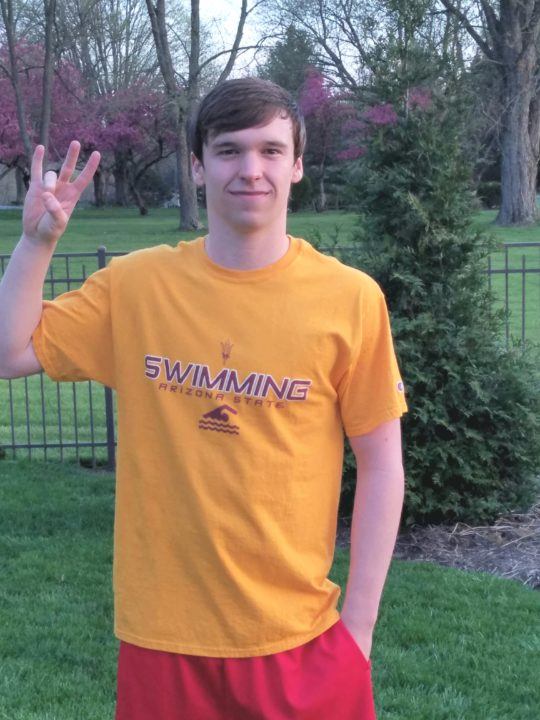 Cody Bybee got his hand on the wall first over Justin Grender, beating him by just .1 seconds. Archive photo via Cody Bybee

The 2 also raced each other in the 200 medley relay, however, they did not swim the same leg. Grender led off his relay with a 23.20, a little off his lifetime best 50 back of 22.36, which he swam leading off the 200 medley relay at Winter Juniors last month. Bybee, on the other hand, swam the fly leg of his relay posting a quick 21.34. Grender’s relay went on to win the event, while Bybee’s came in 3rd.

It’s an annual meet, at least for the past couple years it has been. It’s just a big invite in Ohio that lots of teams go to. You can find high school invites that have more than the offficial high school events pretty much all over the country, but as far as I can tell there seems to be like one per area. Given that, it would be pretty easy not to notice them unless you looked at every meet on meetmobile.

This year was the 35th annual meet, over 2,000 athletes and 9 prelims sites. All come together for 1 finals session. It’s a great meet with tons of fast swims. Here’s a link to the full meet. https://www.swimmeet.com/classic18/

Largest High School meet in the country. Prelims at 8(?) pools, top 16 finals from combined prelim results at St Xavier. Been around for decades. Extremely competitive and exciting meet.