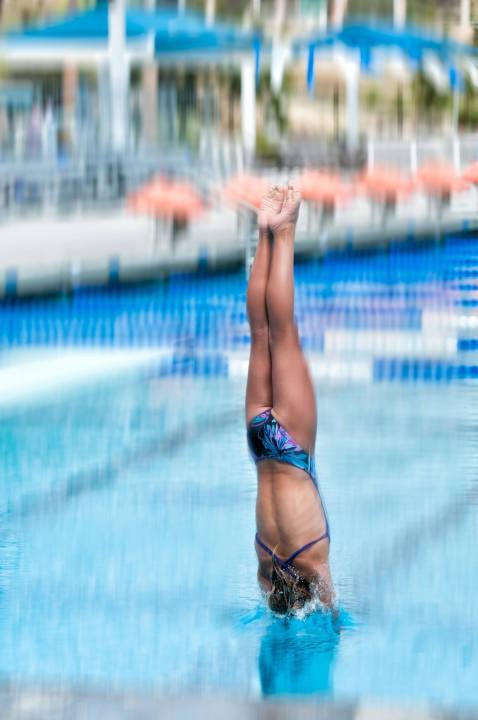 The women’s 3-meter event consisted of two semifinals with six divers each competing in groups A and B. The top three divers from each group advanced to the finals.

With 285.70 total points, Coburn placed fourth in the semifinal A group, just 13.40 points behind Canada’s Pamela Ware, who clinched the final spot in the group to advance to the women’s 3-meter final. Despite not advancing to the final, the Texas native produced a strong performance as she inched up to third place from fourth place twice during competition. Coburn’s best dive of the evening, a front 3 ½ pike for 68.20 points, came in the fourth round to push the American up to third place. However, Coburn slipped to fourth place in the final round after she missed a back 2 ½ pike. Wang Han of China led the group with 365.45 points, while Germany’s Tina Punzel finished 59.20 points behind Wang to place second. Ware finished third with 299.10 points.

After missing the women’s 3-meter competition at last week’s Sagamihara World Series due to injury, Palmer returned to the event and competed in the semifinal A group. Despite a reverse 2 ½ pike earning 61.50 points in the fourth round, the Nevada native placed sixth in the event, scoring 271.65 total points.