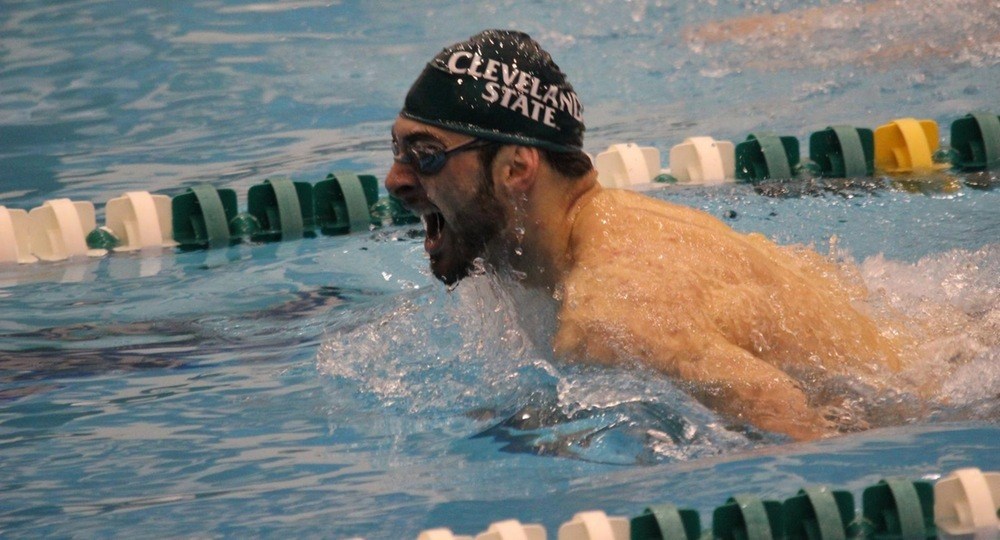 The Cleveland State University men's and women's swimming & diving programs will compete at home for the first time in 2017-18 this weekend. Current photo via Cleveland State Athletics

The Cleveland State University men’s and women’s swimming & diving programs will compete at home for the first time in 2017-18 this weekend.

CSU welcomes Green Bay and Marshall for two days of action Friday, Nov. 3, and Saturday, Nov. 4. Both days of competition will be scored as one dual meet with the women’s meet being of the double dual variety.

Action will get underway Friday at 6:00 p.m. and will resume Saturday at Noon. A full schedule of events is listed at the bottom of this article.

Sophomore Molly McNamara was named Horizon League Swimmer of the Week after CSU’s last action. She won a trio of events across two duals and posted the fastest time in the League this season in both butterfly events. Freshman Dana Bender won the 200 backstroke at the season-opening Justin Jennings Memorial Invitational, and her time has stood up among the top three in the League thus far.

After not facing its Horizon League foe in dual action in the past two seasons, Green Bay and Cleveland State will resume their series. The Viking men are 7-1 against the Phoenix in the last decade while the CSU women are 3-4 in the same time span. Green Bay has not competed at Cleveland State since the 2013-14 season.

The Green Bay men are off to a 4-0 start with wins over fellow League member UIC and former League foe Valparaiso. The Phoenix women are 3-1 with their loss coming to the Flames. Both programs last competed as the All-Wisconsin Invite Oct. 21.

Cleveland State’s only two dual matchups with Marshall in the past decade have come in the past two years, with the Vikings dropping decisions on both occasions. Marshall is off to a 3-0 start with wins over George Washington along with fellow Horizon League members Milwaukee and Wright State. Those latter two wins came last weekend at Wright State.

Cleveland State will resume action on the weekend before Thanksgiving as it hosts the sixth annual Magnus Cup.