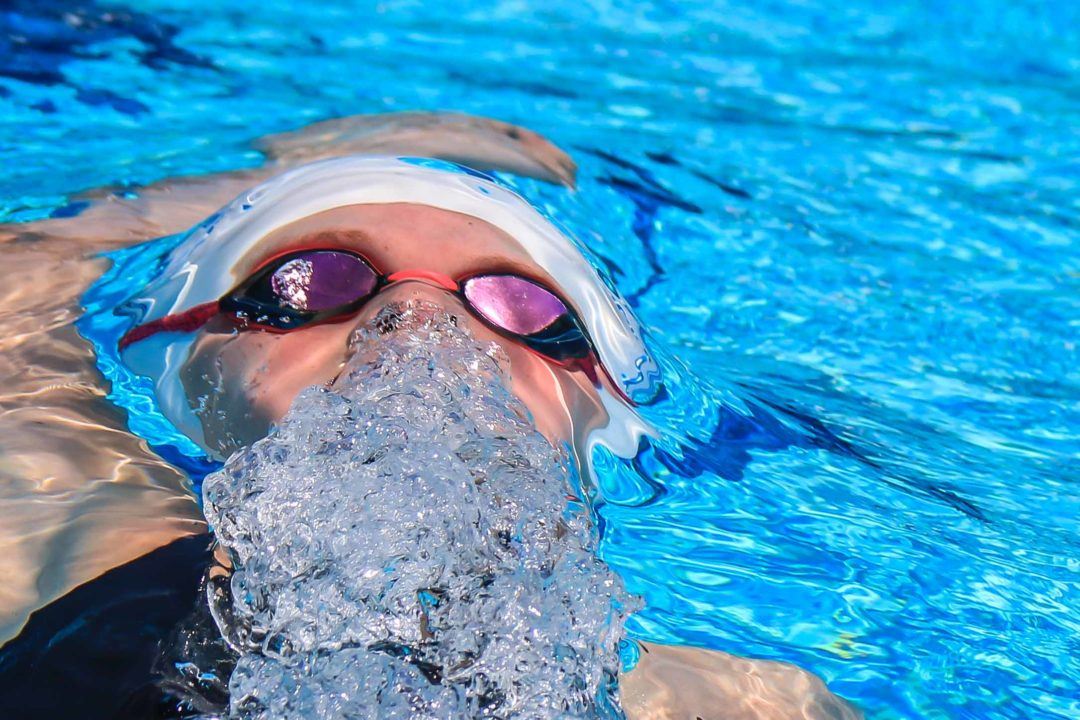 Cardinal Gibbons High School’s Claire Curzan capitalized on her first high school state championships tonight at the NCHSAA 4A state championships at the Triangle Aquatic Center in Cary, NC. The freshman beat the field by over three seconds to win the 100 fly in 51.60 and take down the 13-14 girls NAG record previously set by Regan Smith in 2016.

Curzan’s swim relied a bit more on front-end speed, as she went out over three-tenths faster than Smith did in her record-setting swim, and brought it back in a tad over two-tenths slower, knocking 0.13s off the existing record in the process.

A full write-up will be coming soon, but Curzan’s 40 individual points helped propel the Cardinal Gibbons girls to a 6th-place finish. Leesvile Road took first for the girls, while Green Hope won on the boys side.

Loved watching Claire swim today. She’s not particularly tall, which is a bit surprising seeing as she is strongest in the shorter events, but she has impeccable underwaters and beautifully efficient strokes.

51.6 would rank her 10th in the NCAA so far this year. Still four years away from her first NCAA meet. Wow.

Ok now this is too much lol

Don’t let the age fool you. We have seen 14 and 15 year old swimmers qualify for the Olympics (I’m thinking of 1996 and 2000), so that is not unprecedented. What is amazing are her times though. Those have set a precedent. A BIG congrats on those times, and as someone who follows NC swimming fairly closely, I look forward to seeing her progression.

Katie Ledecky WINNING the 800 free at the olympics !?!

Wow! Both back and fly times are incredible. How about some race videos?