Cincinnati Takes Sweep Of AAC Swimmers Of The Week 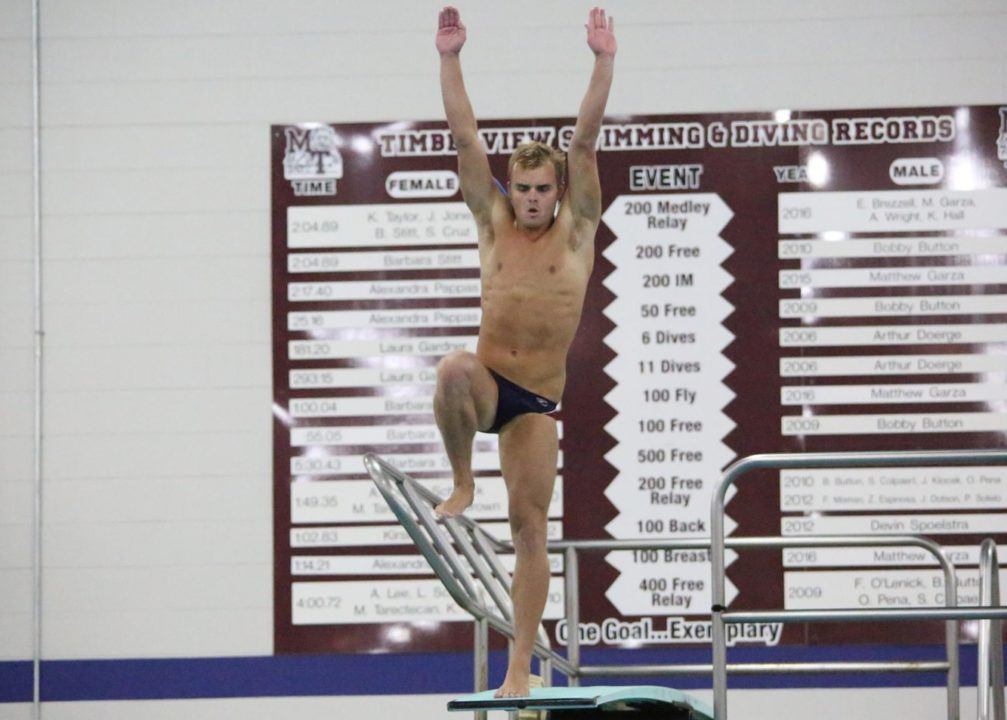 The American Athletic Conference has announced the winners of the league's men's and women's swimming and diving honors for the week ending Nov. 6. Current photo via AAC

PROVIDENCE, R.I. – The American Athletic Conference has announced the winners of the league’s men’s and women’s swimming and diving honors for the week ending Nov. 6.

AMERICAN ATHLETIC CONFERENCE MALE SWIMMER OF THE WEEK
Connor Davis * Sr. * Cincinnati
Davis placed first in the 50, 100, and 200 freestyle events. He led his team to a 184-115 win over Michigan State. Klein also helped his team to a new school record with a time of 3:03.36 in the 400 freestyle relay breaking the old record that had stood since Jan. 15, 1988.

AMERICAN ATHLETIC CONFERENCE FEMALE SWIMMER OF THE WEEK
Jacqueline Keire * Sr. * Cincinnati
Keire placed first in the 50, 200, and 500 freestyle in the Bearcats 181-119 victory over Michigan State. She anchored the 400 freestyle relay that placed first and clocked a time of 3:27.03. She broke her old pool record in the 50 free as she swam 22.96 seconds which also made the NCAA B cut in the event.

AMERICAN ATHLETIC CONFERENCE MALE DIVER OF THE WEEK
Bryce Klein * Jr. * SMU
Klein won both the 1-meter and 3-meter events in the Mustangs 179-117 dual meet victory against UConn. His scores of 380.22 in the 1-meter and 359.92 in the 3-meter earned him first place and a spot in the NCAA Zones.

AMERICAN ATHLETIC CONFERENCE FEMALE DIVER OF THE WEEK
Amanda Craig * Sr. * UConn
Craig recorded a score of 281.75 in the 3-meter event to qualify for the NCAA Zones at the 2016 New England Invitational. Her score was also a career best for the senior.

– Cincinnati swimming and diving team collected 23 wins and broke six pool records to dominate Michigan State in the first dual meet of the season. The Bearcats opened the 2016-17 season with the men beating the Spartans by a score of 184-115 and the women picking up a 181-119 victory. Overall, Cincinnati won 23 of a possible 32 events against MSU.

– The Huskies dominated on the diving events at the 2016 New England Invitational with the UConn women’s team taking the top four spots in both the 1-meter and 3-meter events.

– The East Carolina men’s and women’s swimming and diving teams wrapped up the dual meet portion of its fall schedules with a pair of victories as the men posted a 132-97 victory over UNC Wilmington and the ladies defeated Delaware 122-98, as part of the CAA Pod Meet. Julie Lajoie won five events including a first place finish that that was 16.76 seconds ahead of her closest competitor.

– Houston freshman Laura Laderoute won the 100-yard backstroke at the Rice Invitational. The Cougars finished in second with 240 points.

– The SMU men’s swimming and diving team improved to 2-0 in dual meets this season with a 179-117 victory over American Athletic Conference opponent UConn. The Mustangs picked up 12 event wins on the night. Freshman Ralph Koo swept the sprint freestyle races for the second consecutive dual meet, leading a sweep of Mustangs in both the 50- and 100-yard distances. Koo clocked a 20.64 in the 50 and went 45.95 in the 100.

– The Green Wave recorded four first-place finishes and notched numerous program records in their dual meet against SMU. Anise Muir recorded a top score of 236.70 in the one meter dive, which ranks fifth best in program history. Morgan Tacik won the 1000 free (10:17.71), which ranks sixth in the record book, also finishing third in the 500 free (5:03.35).

Its a GREAT day to be a Bearcat.