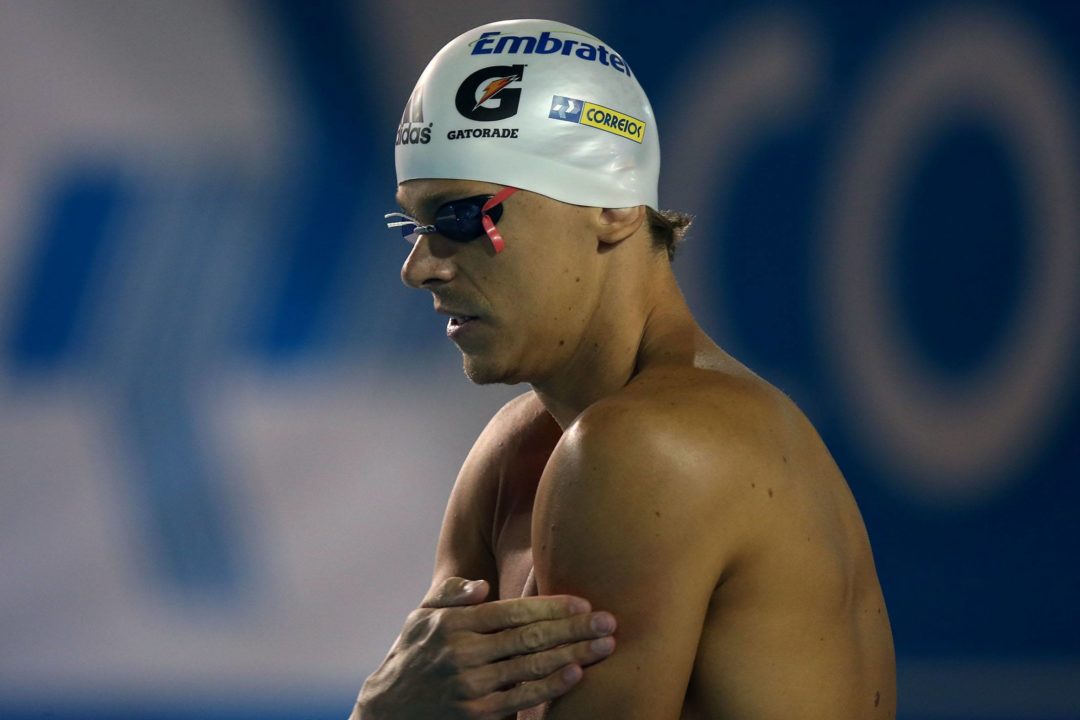 Brazilian swim star and world record-holding sprinter Cesar Cielo will compete in the French Open this week, making it his final long course meet of the summer. Current photo via Satiro Sodre/SSPress

Brazilian swim star and world record-holding sprinter Cesar Cielo will compete in the French Open this week, making it his final long course meet of the summer.

Cielo will be skipping the Pan Pacific Games at the end of this summer, as we reported in early June. The decision allows him more time to readjust to his new training home back in Brazil, plus lets him turn his major focus back to short course in preparation for the Short Course World Championships to happen in Doha, Qatar in December.

Cielo and the rest of his half of a split-squad Brazilian national team were in Tenerife, Spain this week, training to prepare for the French Open, SporTV reports. The group will travel to France today for the meet, which begins on Friday.

The other half of the Brazilian team is heading to Arizona of the United States for a three-week training camp.

Cielo should be a big one to watch at the French Open, especially considering that this is his final focus meet of long course season. Cielo went 21.39 unrested at the Maria Lenk trophy and leads the world rankings in the 50 free. He’s within a half-second of his own hallowed 20.91 world record, set back in 2009 in a now-banned tech suit.

I’m sorry to sound like skeptic, because I am not against Brazil or Cielo (in fact I have many Brazilian friends), but does the French Open have the same PE drug testing that a meet like the PanPacs does?

Yeah, I hope to be at least 20.5 at the french open, so I can break 20 at the world short course champs.