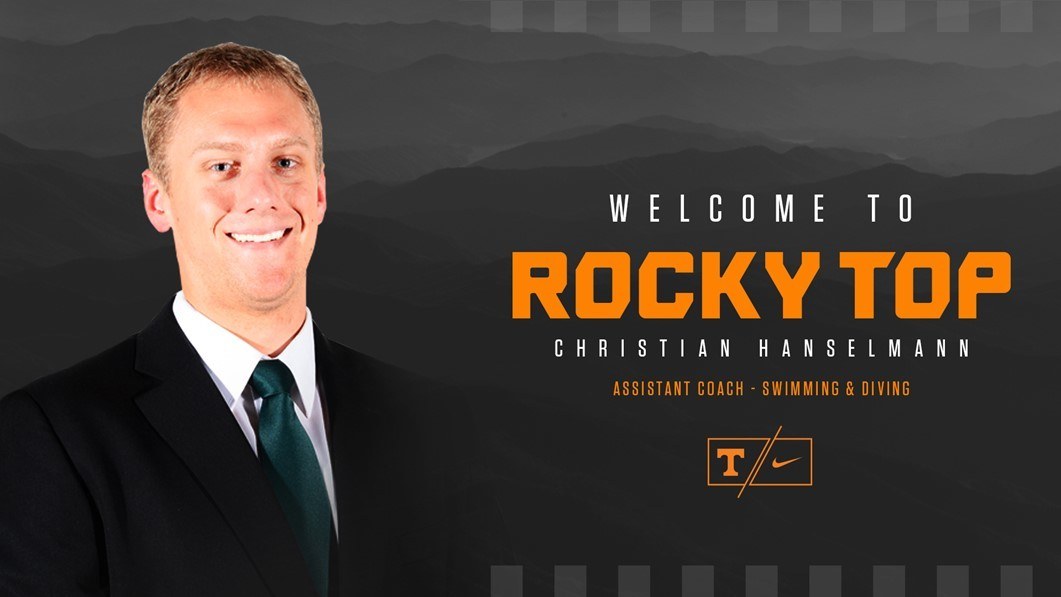 Christian Hanselmann will return to Tennessee as an assistant coach, head coach Matt Kredich announced on Thursday. This will be... Current photo via Tennessee Athletics

Prior to his season away, he was a graduate assistant for the University of Tennessee and an assistant coach with Tennessee Aquatics.

“It feels great to be able to bring Christian Hanselmann and his family back to Tennessee,” Kredich said. “During his time here as a graduate student, he showed himself to be an original and creative thinker and student of the sport, an outstanding communicator and motivator, and a man of great character.

“He strengthened all of those attributes working for Peter Linn and Eastern Michigan, one of the best coaches in our sport.  He’s a great fit for this program at a time of exciting growth and realignment.”

The move came simultaneously with the promotion of assistants Lance Asti and Ashley Jahn to associate head coaches of the men’s and women’s teams, respectively. Both have been with the program since 2012, when the men’s and women’s programs combined under Kredich’s lead. In that time, the team has won 4 NCAA event titles, 20 SEC titles, and more than 200 All-American honors.

All 4 assistant swim coaching positions, then, have seem a change of some sort this off-season. Besides the three above-mentioned moves, Tennessee hired Rich Murphy, the former head coach at the University of Houston and an assistant with the Dynamo Swim Club. They only carried 3 assistant swimming coaches last season in addition to a Director of Operations, who is no longer listed on the team’s staff, and Tyler Fenwick, who was associate head coach and left for the same position at Virginia.

Congrats Christian!! Say “hi” to Jenny from me.