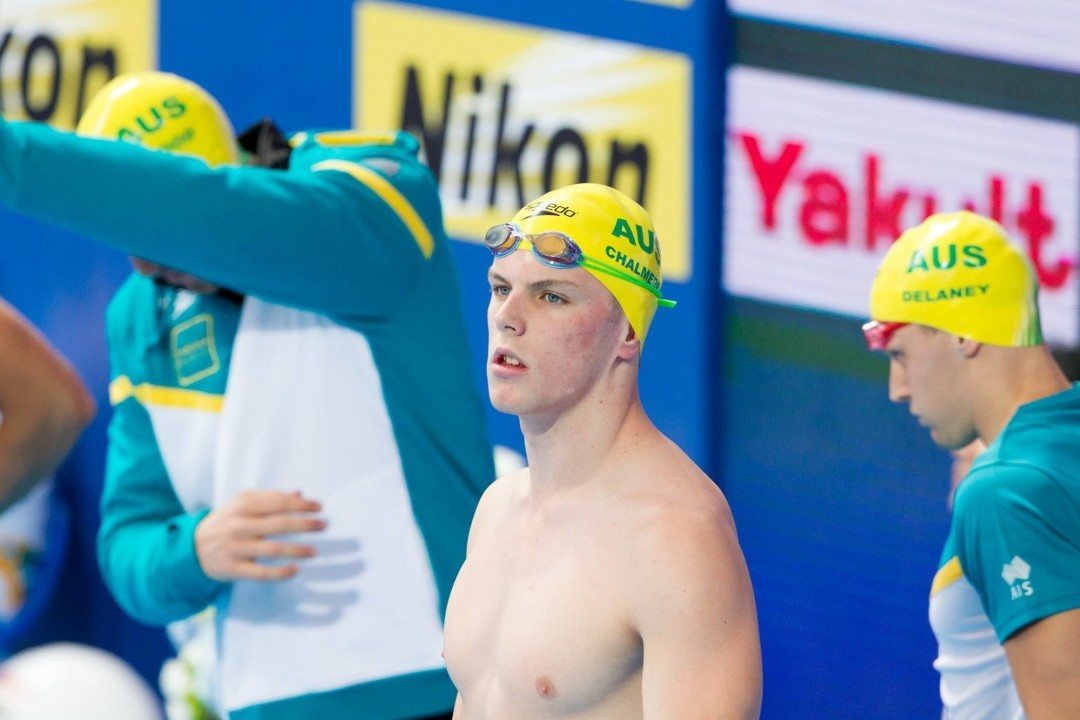 49.30 got the job done for young Australian sprinter, Kyle Chalmers, to win the 17-18 boys’ 100 freestyle at South Australian States.

Chalmers Rather Quiet On Day 1 Of 2016 South Australian States

Chalmers collected 2 golds today at South Australian Champs, but we’ve seen him be much faster.

17-year-olds Kyle Chalmers and Abby Duncan each won a pair of events to highlight day 4 of the South Australia State Long Course Championships.

Chalmers continued to be the star of the meet, winning the 50 fly and 200 free on the men’s side in his 17-year-old age group. Probably his best result was in the freestyle, where he went 1:48.61 to blow out the field and come within a second and a half of the junior world record.

Chalmers is clearly not in his best shape if you look at his 50 and 100, so that is impressive. Could he get the WJR if he swims this event at trials.