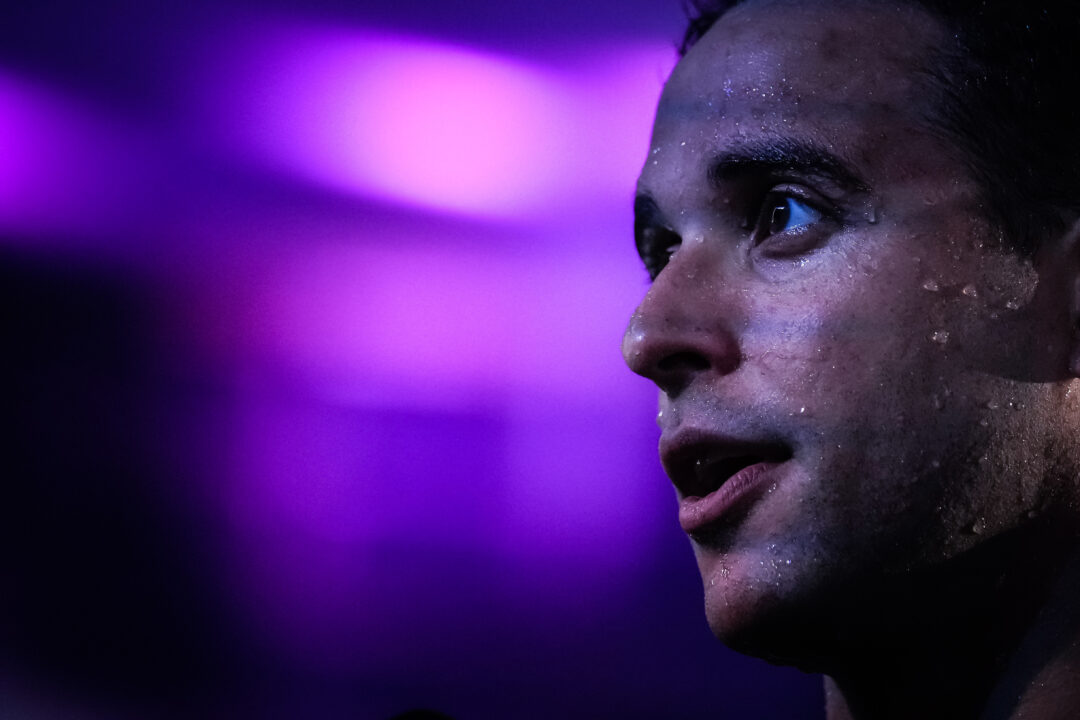 The 30-year-old South African star best known for beating Michael Phelps in the men’s 200 butterfly a decade ago will soon join coach Dirk Lange’s Frankfurt program to prepare for a fourth Olympics at Paris 2024. Le Clos said he’ll represent SG Frankfurt after he finishes recovering from surgery on his sinuses.

“I am excited about this new partnership with Dirk,” said Le Clos, who is South Africa’s most decorated Olympian with four medals. “He is a world-class coach who knows how to bring the best out of his swimmers. Looking forward to having Frankfurt as my new training base.”

Lange was the head coach at Swimming South Africa for four years before becoming national coach of Germany in 2008 and then taking over Mexico’s program in 2012. Notably, he mentored South Africa’s Cameron van der Burgh, who became Africa’s first home-trained world record holder and first individual male Olympic champion in 2012 Olympic with a victory in the 100 breaststroke. He also served as an advisor to swim programs in Croatia, China, and Lithuania.

Earlier in his career, Lange helped develop standout swimmers such as Olympic medalist Sandra Völker of Germany and former short-course World champion Mark Foster of Britain during his 25-plus years on the pool deck.

“I am very happy that Chad has made the step into the training group,” Lange said. “We have good conditions and an internationally excellent short and middle distance concept, which is unique in Germany with many young athletes from whom we expect a lot in future. Training alongside an Olympic Champion will benefit everyone.”

Although the long view is focused on Paris 2024, there will be stages of preparation that come with their own goals. First up on the to-do list is getting ready for December’s short-course World Championships in Melbourne. Le Clos needs six more individual medals across his career to tie Ryan Lochte’s record total of 24 at the meet.

“Chad is an outstanding athlete with insane potential who has missed out a bit of  the new development in swimming in the last two years,” Lange said. “We are now at the starting line of the first stage on the road to the 2024 Olympic Games. Each stage will have its own intermediate goals. It will be a long journey to Paris and it will take some time to bring him back to the success he deserves.

With Le Clos’ new Frankfurt destination offering funding and a permanent practice facility, former coach Sonny Trigg said he understood how the decision was a “bit of a no-brainer.” Since February, they bounced around between South Africa, Dubai, Turkey, the U.K., Spain, France, and Monaco. Joining them along the way in March was Britain’s Max Litchfield, but the lack of a home base made the setup unsustainable.

At the Commonwealth Games in late July, Le Clos took silver in the 200 fly with a time of 1:55.89. The performance marked a rebound of sorts after withdrawing from the World Championships in June due to bronchitis.

Earlier this year, Le Clos detailed his bout with depression in 2021, which he called the worst year of his life. A traumatic event last January sent him spiraling down a dark path, but he began to turn things around once he started seeking help from a therapist in the wake of a disappointing Tokyo Olympics.

Last December, Le Clos nearly flew home from short-course Worlds because he was worried that he hadn’t trained properly in six months due to physical and mental health issues. But he stayed, motivated by the goal of becoming the most decorated swimmer in the meet’s history, and ended up bringing home medals in both the 100 and 200 fly.

“We are very happy to welcome such a top-class swimmer like Chad le Clos to our team,” said SG Frankfurt president Michael Ulmer. “He is a super athlete and his move is a credit to our work, our region, and our training center. All athletes in the training group will only benefit from such a man, because they can learn and develop from his personality and his professionalism as an exceptional class athlete.”

Good luck to Chad with his move also a bit unrelated but mr swimming has finally broken the silence. He’s been on a break from swimming and went on his honey moon and went to a few places around the world. He’ll be back soon though.

He wasted his time with Swimsuit Guy

Does this mean the Energy Standard training group in Turkey is finished?

Can we get an update on this?

He is going to get smoked in Paris. I wouldn’t be surprised if he does not final in a single event

Watch him turn into a 100/200 breast contender, I believe he was halfway decent at breaststroke in his early junior years.

Dirk’s a sprint coach. There is no chance of him turning into a 200m anything swimmer in Frankfurt.

He was not training with Dirk then. He switched to Dirk in 2019, when Dirk was still in Graz, Austria, because he specifically wanted to train on his front end speed (which made sense, since Dirk… as I said… is a sprint coach). And then he went with him when Dirk went to Frankfurt but he’s mostly trained by Shila, as far as I know.
But the times you posted here are from 2014, 2015 and 2016 – that’s when Marco was training with Alex Kreisel.