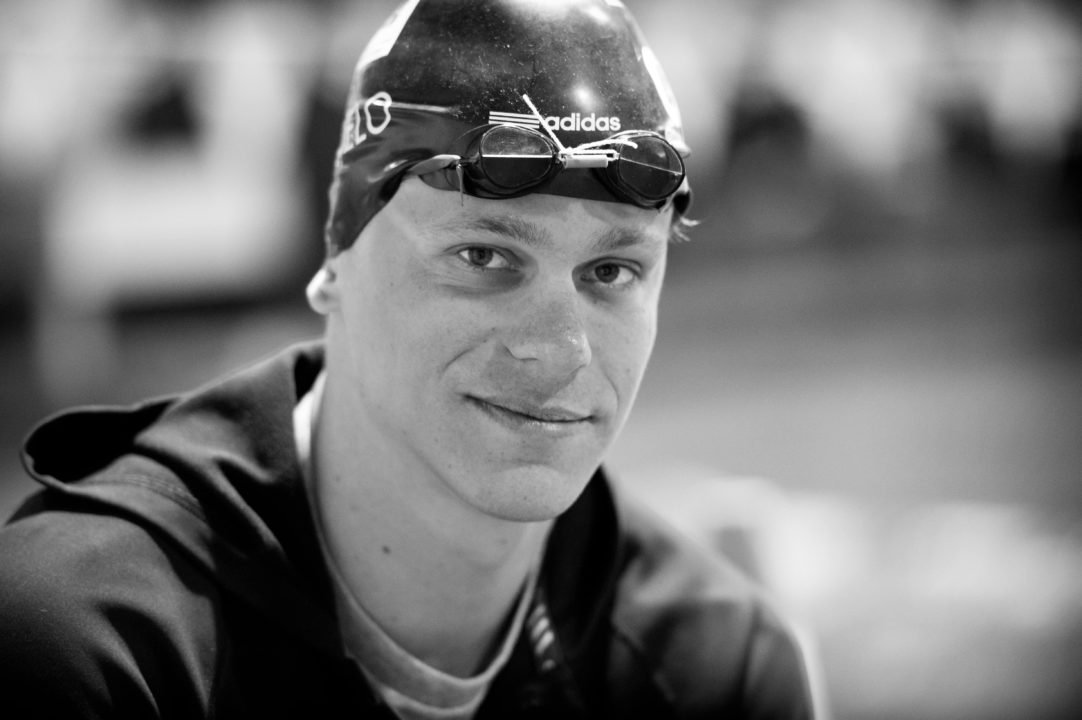 Brazilian Cesar Cielo is returning, once again, to Brazil to continue his training toward the 2016 Rio Olympics. Archive photo via Mike Lewis/Ola Vista Photography

World Record holder Cesar Cielo has officially ended his Phoenix experiment, and has returned to his native Brazil to train with the Minas Tenis power at home, according to several Brazilian media sources.

Cielo has been coached by Scott Goodrich at Sun Devil Aquatics for most of this year, including moving in the transition as part of the team’s recent merger with the Mesa Aquatic Club.

However, Cielo, after being bested by his countryman Bruno Fratus at the Orlando Grand Prix in the 50 free, has decided to make a change.

He will now go to Belo Horizonte in Brazil,  a metropolis of over 5 million in southeastern Brazil and train with Minas Tenis, who are coached by Australian Scott Volkers. There, Cielo will train alongside another great Brazilian sprinter Nicolas Oliveira.

Volkers is a former National Team coach in Australia.