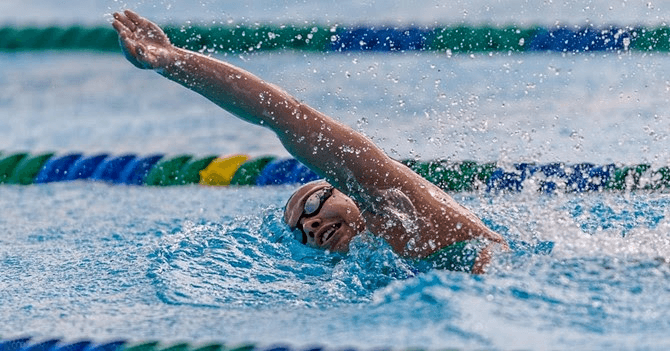 Florida Gulf Coast star and Finnish World Champs team member Fanny Teijonsalo will be transferring to the Arizona State Sun Devils. She announced the news on her Instagram page this week. Archive photo via FGCU Athletics

Florida Gulf Coast star and Finnish World Champs team member Fanny Teijonsalo will be transferring to the Arizona State Sun Devils. She announced the news on her Instagram page this week.

Swimming into being a sun devil like ??‍♀️ can't wait to join such a great team and coaching staff that made me fall in love with a new school and state!! ??

Teijonsalo was the 2016 CCSA Most Outstanding Female Swimmer and Most Outstanding Female Freshman Performer after going a perfect 3-for-3 in individual events at the conference championship. As a sophomore in 2017, she defended her 100 free title while leading a 1-2-3-4 sweep for FGCU, plus finished second in the 50 free and third in the 100 fly.

Teijonsalo should have two years of collegiate eligibility yet, and can likely join Arizona State right away in the fall if she’s released by the Gulf Coast program, as Arizona State is an outside-the-conference transfer destination.

Teijonsalo will join fellow Finnish talent Silja Kansakoski, who was Arizona State’s best swimmer this past year as a freshman. Kansakoski won a Pac-12 title in the 100 breast and scored in two events at NCAAs.