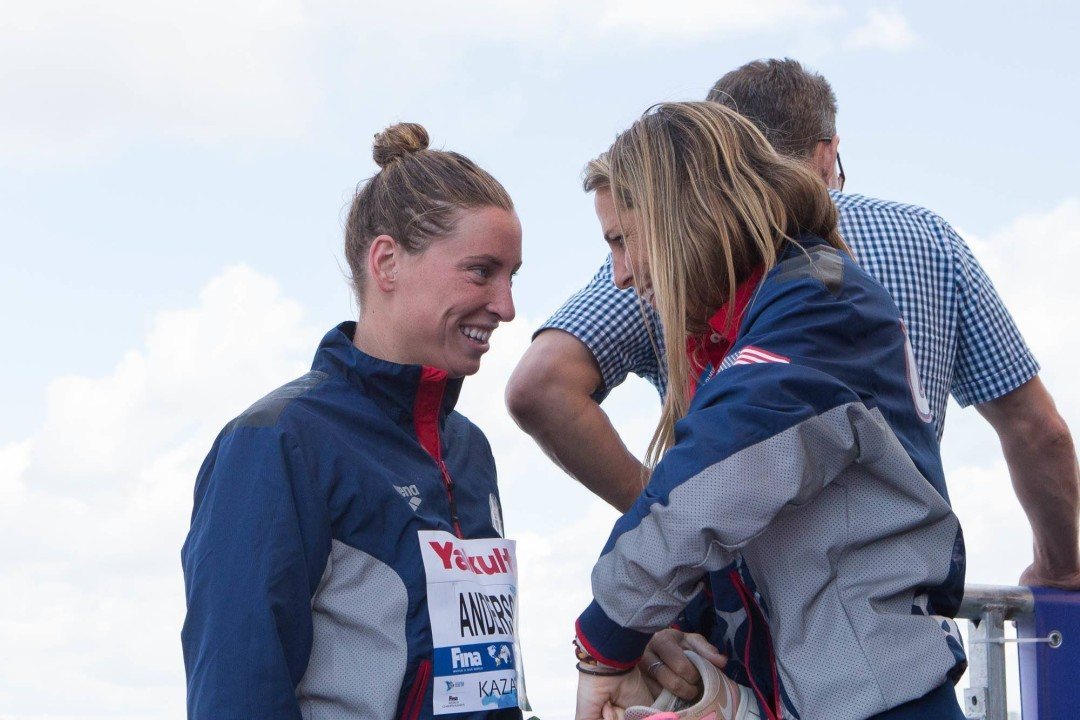 Catherine Vogt has been promoted to the Associate Head Coach position at USC.

Vogt has been with the Trojans for the last eight years, and was promoted to Head Assistant Coach just this past fall.

“Catherine has done a tremendous job during her time with our men’s and women’s programs. She’s a great leader and coach and an even better person,” said Senior Associate Athletic Director Donna Heinel. “She’s been integral in our success and we’re proud of her achievements. She’s a true role model for all of our swimmers and divers.”

Vogt helped the Trojan women to their first ever conference title in 2016, and the women went on to finish sixth at the NCAAs later on in the season. At those championships, they also earned a national title in the 400 free relay, a first for the USC program.

She was also instrumental in coaching the men’s squad to its first Pac-12 title since 1977 during the 2014-15 season.

Vogt is a big name on the open water scene, too. She was the head coach for the American teams at World Championships in 2009, 2013, and 2015. Last year, she coached Haley Anderson, who won the 5K title at Worlds.

At the 2016 Olympics, Vogt will serve as the head coach once more for the American OW team.

“Catherine has been instrumental over the past several years in invigorating our program and helping us lead the team to Pac-12 and NCAA success,” said USC head coach Dave Salo, “and I look forward to that continuing over the next several years.”

Does USC have a full staff I know they waited to replace a coach when he left for Boise state late in be hiring cycle last summer.

is this even english?

Catherine is an outstanding coach and amazing person! She is very deserving of the recognition and promotion that this represents! Congrats to her and ️Fight on!