Are The Carmel Girls The Best High School Team Of All Time? 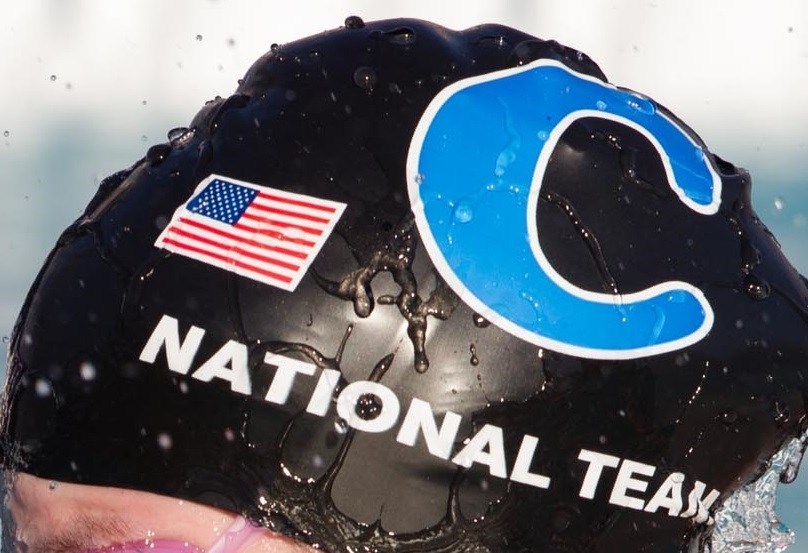 Carmel High School did pretty well at the 2015 Indiana High School Girls’ State Championship meet, but how good was this year’s team? This year was their 30th total state championship title and their 29th consecutive. A lot of people have been throwing out stats, making claims like “they would be top 15 finishers at the NCAA Championships”. It is too hard to make that comparison, seeing that the meet format and events are different, but I will make the claim that I believe they are the best high school team in history.

What amazes me when I look at their line-up from the state championships last weekend is that they didn’t field their best relay line-ups and still broke every national record. Claire Adams, their top backstroke was left off the 200 medley relay and Amy Bilquist, their sprint freestyler, was left off the 200 freestyle relay. The only swimmer that swam all three relays was Veronica Burchill. Burchill was a huge contributor to the team, splitting 23.31 in the butterfly leg of the medley, and leading off the freestyle relays in 22.29 and 48.48. Just imagine if they would have put Burchill, Adams, and Bilquist on all three relays; each of their relays could have been at least a second or two faster.

Carmel is the only High School girls team that has ever broken all three national HS relay records in one meet, and they’ve done it twice. Last year, they did it for the first time at the state championships, and this year they were able to do it again. The number of things that this team has done to separate themselves from the rest of the state and country is unbelievable.

Women’s swimming at the high school level was added in Indiana in 1974. Since then there have been 41 girls high school state championships. 73% of the Indiana State Championships have been won by Carmel.

There were a few other records that Carmel High School broke as well. At the final session on Saturday, the team won 9 of the 11 swimming events. That is the biggest number of individual wins from a single team in state history. That would be comparable to Cal Berkeley or Georgia winning 13 of the 16 swimming events at the NCAA Championships; it just doesn’t happen. The next record I would like to point out is that they are now tied with Honolulu Punahou’s Boys Swim Team for the most consecutive state championships of any sport, gender, or from any state. Their streak started in 1958 and ended in 1986. Below is a full list of the longest consecutive state championship streaks.

The next record I would like to point out is that Carmel won this years State Championship by the biggest margin in state history. They finished with 445 points and the second place team, Fishers High School, finished with 179 points.

The next record that was broken by Carmel High School was for the widest margin of victory at the state championship meet. The weirdest part about this stat is that at the four meets with the biggest margins, the second place team finished with almost the same amount of points each time.

Looking back, I wish I would have been able to see them attack all three relays with their big guns, but I do respect that they wanted to swim the best line-up for the whole team. That line-up is what helped break the last two records I wrote about.

Looking across the board at all of Carmel’s events, their aren’t many high school swimmers in the country that could beat their top times. Sure there are a few swimmers that could beat them like Katie Ledekcy, Beata Nelson, or Abbey Weitzeil, but all three of those swimmers had to set national records to beat the times of the Carmel swimmers. As a team, Carmel is by far the best high school team in history. Their performance this weekend, in my opinion, proved that.

The part that often gets overlooked is that when such emphasis is placed on winning and competition something is lost.
When a strong HS sports program produces record breakers over and over again, families that have an athletically gifted child want them to have every opportunity to succeed in that sport. It makes sense for them to move to a school district or attend private schools that offer solid stable programs.
Having swimmers on a HS team that represent a true cross section of athletic ability, is overlooked to often. When you have teams that don’t win every event you have a team that has to work hard to get the wins that they do.
When you… Read more »

Carmel has set the bar very high in Indiana. Take a look at the rest of the results, and notice the other outstanding swimmers in the State. Many take pot shots at this great program, but without them, I don’t think the rest of the state would be progressing the way it is. Congratulations to Coach Chris Plumb and the rest of his coaching staff, the Carmel High School administration, the outstanding student-athletes, and their families.

Carmel swim club is First Class exudes
professionalism does not celebrate mediocrity and truly wants every individual athlete to reach their personal potential and demonstrates
this by embracing a pinnacle coaching
staff who demands excellence on deck
and in the water. This is one example
that attracts families to the Carmel area
there are many more top academics as
well!!! Great Mayor and Vision!

I thought high school swimming was supposed to be an amateur sport. Exuding professionalism sounds exactly like what an amateur team should not do.

The part that often gets overlooked is that when such emphasis is placed on winning and competition something is lost.
When a strong HS sports program produces record breakers over and over again, families that have an athletically gifted child want them to have every opportunity to succeed in that sport. It makes sense for them to move to a school district or attend private schools that offer solid stable programs.
Having swimmers on a HS team that represent a true cross section of athletic ability, is overlooked to often. When you have teams that don’t win every event you have a team that has to work hard to get the wins that they do.
When you… Read more »

Carmel is an awesome HS team and maybe even the best of all-time. Hats off to them! Fun to watch and they deserve all the accolades.

However, I’m not sure about them earning a top 15 NCAA finish. Their 1:39.25 (HS record) Medley relay would not have even been top ten this year in the SEC conference final. That’s just one conference. But who knows for sure.

But I can see why they would be compared to top college teams as on comment said here, “They recruit”.

Chris & Ian have taken Carmel to an unprecedented level of accomplishment. They have a cutting edge year round program of training that is the envy of the swimming world. They are absolutely the best Girl’s High School Team in history based on quality depth in every event. Congrats!

Chris Plumb and the Carmel coaching staff DO NOT recruit. People will believe what they want to believe because they haven’t been apart of the Carmel legacy or know the true character of the foundation of that club. Sure, Carmel has gotten VERY lucky by having families and swimmers come to them from outside of the Carmel area. But there is without a doubt, no recruiting going on inside that club team or high school team. Carmel is a desirable place to live and raise a family in the Midwest. It has been top 5 place in the US for the past few years to raise a family. There are great athletic programs so it makes sense why families would… Read more »

Wonder if they broke the 7000 Powerpoint barrier..

The way that Braden explained it above is 100% spot on! We had a girl from NM move up there because her dad took a job in Indy…the first thing they did was check out the programs and then moved into that district.

I would disagree with Braden about Carmel being a “desirable” place to live…it is downright beautiful there!

The other thing is…in all walks of life and business…success breeds success. People want to be involved in successful programs.