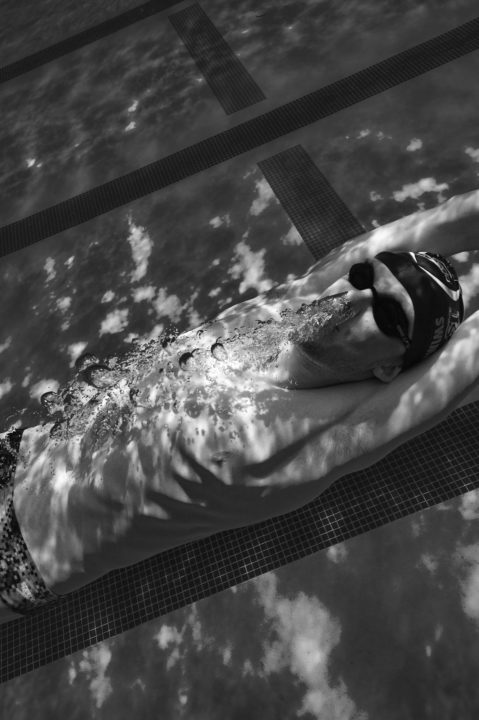 WADA’s annual report states that its case against Chinese Olympian Sun Yang has cost the organization more than 600,000 USD.

The 30-year old freestyler, who represented Italy on relays at both the 2012 and 2016 Olympic Games, has been given a temporary suspension.

Canadian swimmer William Brothers has been suspended by FINA for 4 years, dating back to August 26th, 2015, after the organization attempted unsuccessfully to apply an out-of-competition doping test.

On the date of his suspension, two doping control officers showed up at Brothers’ house in Vancouver at 10PM to obtain a blood sample for doping control.

After initially being cooperative, Brothers took a phone call from his father and informed the testers that he would not submit to the blood test for health reasons. Brothers said that those health reasons caused him to step away from the sport over the last month. For privacy reasons, FINA did not reveal the nature of the health issue.

In a letter to FINA after the refusal to test, Brothers told the global governing body for aquatics sports that he had in fact retired but had not submitted the relevant documentation before the collectors arrived.

After much back-and-forth between Brothers’ attorney and FINA, a hearing was held via video conference, where Brothers argued that he was caught off-guard by the doping test at 10pm (which was within appropriate time by FINA rules to call upon him, but was while he was preparing for bed). Brothers claimed that the late timing, combined with his prior decision to retire and the recent death of his coach Randy Bennett, left him “incapacitated…to the point of being unable to make a clear and rational decision.”

Much information about the exact nature of his medical condition was redacted.

Brothers also says that the nature of his medical condition should be taken into account by the FINA doping panel.

According to FINA’s report, Brothers and his attorney made the following argument:

The Athlete stated that he did not have the requisite intention to evade, refuse or fail to submit to a sample collection as he did not have the mental capacity to make a rational decision in that state. His actions were consistent with involuntary behavior and aligned with his prior medical diagnosis and are compelling justification for refusing or failing to submit to sample collection, hence there was no violation of the anti-doping rules, and no sanction is to be imposed on him.

After hearing the evidence, FINA’s panel stated that “the FINA Doping Panel cannot conclude that Mr. Brothers actually was suffering” from the unnamed condition “at the time the testing was to be carried out.”

FINA said that the notion that his father, who is also a medical doctor, was able to diagnose via a phone call that Brothers was at the time of attempted sample collection suffering from the condition was not sufficient evidence.

FINA did take into consideration that Brothers was instructed by his father to not take take the test and deal with the consequences afterward.

The above all resulted in FINA applying the maximum 4 year suspension for a first offence.

I got pulled over drinking and driving. The cops asked for a breathalyzer. I was caught off guard so I couldn’t make a rational decision and decided to spend the night in jail. But it wasn’t like I was drunk driving. It just caught me off guard so I called my dad the doctor and a lawyer.
Ya, that’s gonna need some work.

“I couldn’t come up with a rational decision as to how to get them not to take and test my blood that was going to show that I was doping. Doesn’t seem fair.”

Not equivalent .I think they would arrest ypu & take you to the allotted facilty & take ypur blood .Perhaps a phone call to a magistrate but you would alreafy br disobeying a LEO.

Will retired from swimming last summer this he just forgot to tell the doping people. This ban does nothing.

Yes the 1st was caught with cannabis in his system. Not really a doping violation, there is no performance enhancing there

Incorrect, Alec Page was caught with a masking agent. At least he had the fortitude to take the doping test though.

Never heard of him. We want to know about the top guys -not minnows.

The top guys are the ones you read about who get a shortened sentence that allows them to swim in the next major international competition (e.g. Sun, Park, Efimova). The minnows are the ones who get the maximum penalty, so that FINA can pretend to be doing their job. Also, the minnows lack the financial means and the support of their federations that are necessary to grease the “wheels of justice.”

Isn’t that the whole point? Come down hard on the retired guy so you can be seen to enforce the rules. That leaves latitude to give slaps on the wrist to those who “compete” on the world stage.