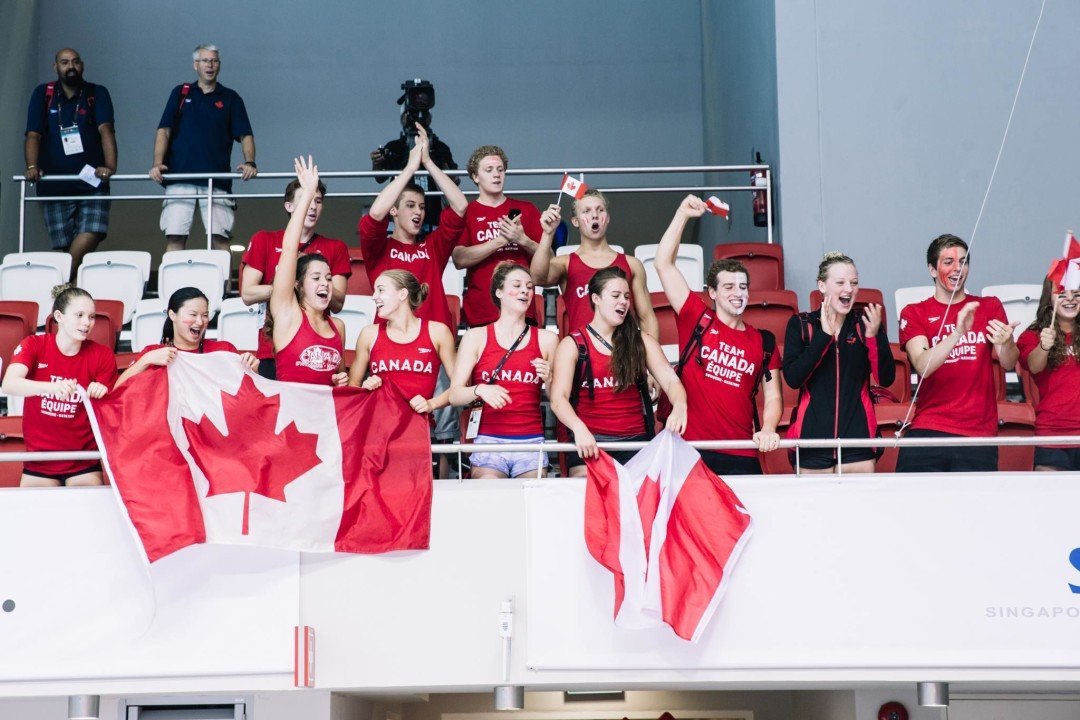 In November, Swimming Canada hired Mark Perry as their first ever Distance/Open Water Coach. Perry, who was the Provincial Mentor Coach in Alberta from 2014 until his hire near the end of 2016, moved to Ottawa to work with Swimming Canada High Performance Director John Atkinson on developing Canada’s Olympic distance and open water swimming programs.

The introduction of Perry in November ties into Atkinson’s plan to broaden Canada’s medal potential in the water.

Canada excelled in Rio, winning six medals, but Atkinson pointed out only two of those medals came in 200m events and none 400m and up. They had two representatives in the open water events in Rio, as Richard Weinberger and Stephanie Horner placed 17th and 23rd overall in the men’s and women’s events respectively. Weinberger did win a breakthrough bronze in open water in London, but Atkinson sees a stark contrast between the participation of Canadian junior swimmers in the 50/100/200m events and the events 400m and up.

“As a younger swimmer, in my mind everybody should be swimming middle distance type events,” he said. “As they mature and become more specific as they get older, they can move up or they can come down.”

Perry will work to encourage more swimmers to consider the distance and open water events. He’s currently heading a group of 13 who are competing at the UANA Open Water Swimming Championships in the Cayman Islands.

“We are going to try and expose all our current distance swimmers to open water. We identified and selected a group of young athletes from the (Canadian Swimming Trials in April), so we’re already out there trying to find the next generation of people,” Perry said. “I think there becomes a point much later in their career when they make a decision on which one they are going to focus on.”

Perry plans on travelling across Canada to different programs to identify those who could potentially be future open water swimmers. Swimming Canada also plans to hold a number of different open water events across the country to give the sport exposure.

“In my experience, when people actually give it a go they kind of fall in love with it,” said Perry. “The majority of people who (try it) actually do enjoy it. Whether they are any good at it is a different matter.”

“One of the things we are going to try and do is be more technologically savvy, be more scientific in our approach to the race, actually be more professional in the way we look at the sport,” said Perry. “I don’t think there is really anyone in the world who is looking at the sport in that way.

“The idea is our athletes are the most informed and most knowledgeable athletes at the race. They get confidence from that. They understand exactly what the race involves, what the weather is going to be, where the tides are, what the currents are.”

“If you have enough development age athletes swimming a middle-distance program where they can go longer or shorter as they develop, we’re going to be a better nation for it,” he said.

future is bright in Canada…. interesting to see where the next oly cycle will lead us. will the old guard be ever present or will a few more “penny’s” break through to the senior squad.

There will be a less chance of more Pennys. Where has she gone?

Pretty happy to be working with Mark this summer. New team dynamics will be a good thing for future of Canadian open water swimming. However there is a cost for everything.