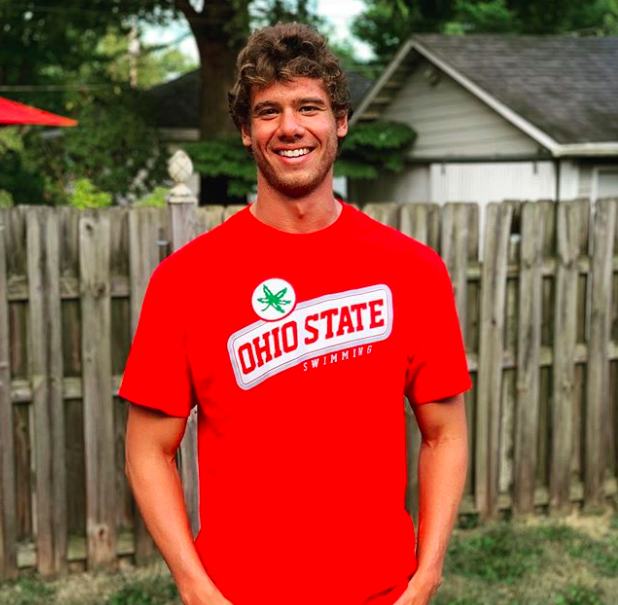 Craig first won the men's 25 freestyle in a time of 9.14. Stock photo via Cameron Craig

Ohio State hosted it’s annual Scarlet and Gray intrasquad meet on Friday, October 4th. The Gray squad came out on top by a score of 310 to 266.

Molly Kowal beat out Sally Tafuto in a tight race in the women’s 600 free. Kowal led for the entire race, with the biggest gap between herself and Tafuto coming in at only .47 seconds at the 350 mark. The pair stayed close to each other through the rest of the race, with Kowal finishing in 5:51.42 to Tafuto’s 5:51.46.

COLUMBUS, Ohio – The Ohio State swimming and diving team’s annual Scarlet and Gray meet took place Friday afternoon at McCorkle Aquatic Pavilion with the Gray team taking the win for the second year in a row over Scarlet with a score of 310 to 266.

Scarlet had a large boost from the women’s team, dominating the Gray women’s team throughout the event. The men of the Gray team contributed most of the points in the total combined score, overpowering the Scarlet men for the entirety of the meet. The meet came down to the final event in the mixed 150-yard freestyle relay which included Ohio State’s divers as participants. The Gray team came out on top in the event with a time of 1:00.75, allowing them to clinch the meet.

I wonder how the 25 free would do on the ‘hardest event’. I’m sure someone would argue for it being the most difficult event given how short it is and how little experience people have racing it.

It would place even greater emphasis on start and underwaters even more so than the 50. Over-water speed would be less of a factor.

I misread the 25 free as a 50 free and has to do a double take on the time. Speedy nonetheless!