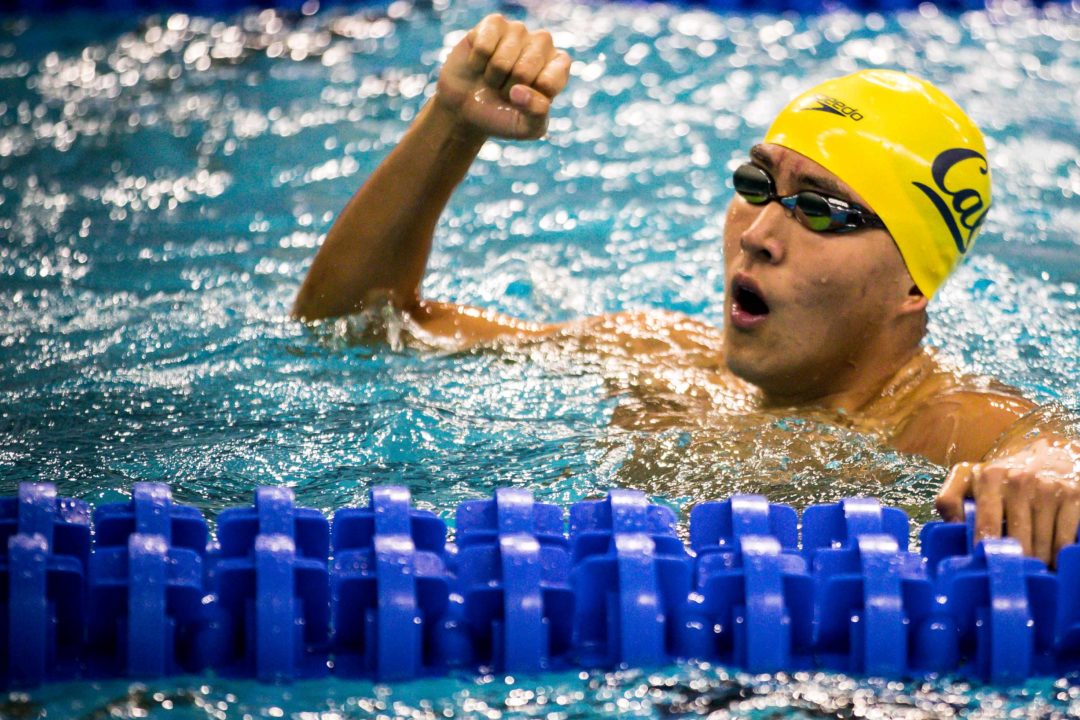 Switching to the 100 breast, it was Cal sophomore Reece Whitley who took the win and prevented Quah from a 5-for-5 event sweep. Whitley won the event with a 53.59, a second-and-a-half ahead of sophomore transfer Hugo Gonzalez (54.92). Backstroker Carr finished in third with a 55.66 while Quah finished in sixth with a 57.01.

Comparing Quah’s overall time to last year’s winner Andrew Seliskar‘s winning time, Quah eclipsed his time by 3 seconds. Along with that, Quah won 2 more events than when Seliskar took the 2018 crown. Breaking down the times, Quah had stronger fly/back times to propel him throughout the 5-event meet.

Up next for the Cal Bears will be their travel meet to Pacific on October 3rd. The meet is scheduled to begin at 1 pm PT.

Zheng Wen Quah wins four of five events & is crowned the 2019 King of the Pool! 🤙

Fun & successful day for the Bears at Cal Poly.#EarnIt | #GoBearshttps://t.co/feCmebgjEs

ohhh, that’s fast for this time of year

That’s fast for just about any time of year

Well apparently Zheng is a freakin beast in practice

Vote Up450Vote Down Reply
Swimmer A