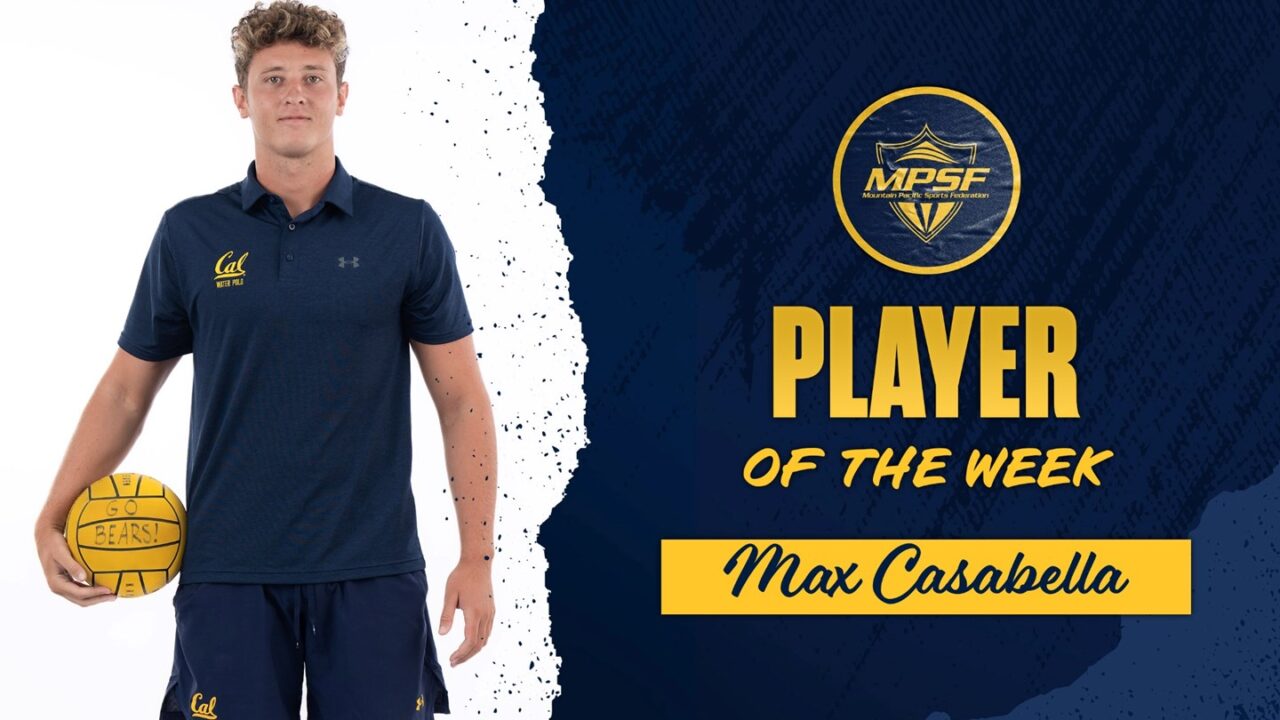 Cal sophomore Max Casabella has been named the MPSF Player of the Week, the conference office announced Monday.

Casabella played an integral role in the No. 1 Bears’ three victories over top-15 opponents over the weekend, tallying 11 goals, seven assists and two steals in victories over No. 5 Pacific, No. 13 UC San Diego and No. 9 Pepperdine. Included in his performance were a pair of five-goal games – he registered five goals and four assists in a 16-15 overtime win over Pacific and added five goals and two assists in a 17-12 victory over Pepperdine.

Among Casabella’s output against Pacific was the goal that forced overtime with just over two minutes to play in regulation.

This is the first career weekly conference honor for Casabella and the second this season for Cal. Freshman Marton Szatmary was named the MPSF Newcomer of the Week last week.

The Bears return to action Friday when they host No. 12 UC Irvine at 6 p.m.