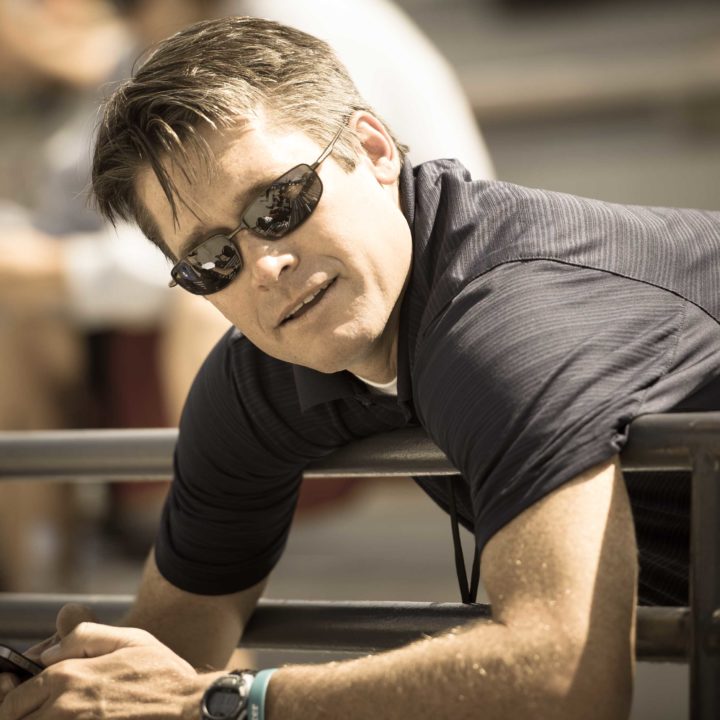 The University of California men's head coach Dave Durden has been honored as the 2016 Coach of the Year by the American Swimming Coaches Association. Durden is a four-time winner of the NCAA Coach of the Year award and a member of the 2016 U.S. Olympic Team coaching staff. Archive photo via Mike Lewis/Ola Vista Photography

The University of California men’s head coach Dave Durden has been honored as the 2016 Coach of the Year by the American Swimming Coaches Association. Durden is a four-time winner of the NCAA Coach of the Year award and a member of the 2016 U.S. Olympic Team coaching staff.

Durden was chosen for the award after being named a finalist alongside Bob Bowman, Bruce Gemmell, Greg Meehan, Ray Looze, and Dave Marsh.

This summer, Durden put five swimmers from California Aquatics on the U.S. Olympic squad, including Tom Shields, Ryan Murphy, Nathan Adrian, Jacob Pebley, and Josh Prenot. As a result of his success, Durden was named Coach of the Meet at the 2016 U.S. Olympic Trials.

From there, Durden continued to impress as the Cal swimmers made headlines in Rio. At the Games, all five of his swimmers made it to the Olympic final in at least one of their individual races.

Durden coached Prenot, Adrian, and Murphy to Olympic medals in their respective individual events. Two of those medals were gold, as Murphy swept the 100 and 200 backstrokes in Rio. Adrian also won multiple individual medals, bringing home a bronze in both the 50 and 100 freestyles. Prenot earned his first Olympic medal with a silver in the 200 breast.

In addition to the individual successes, Durden also coached Murphy, Shields, and Adrian to a gold medal as a part of Team USA’s 400 medley relay. Murphy set the World Record on the lead off 100 back split in finals, while Adrian secured the team gold with his freestyle anchor split. Shields took over the fly leg duty for the prelims relay, earning himself a relay gold in the process.

That was a no-brainer. Congratulations.

Greatest living coach. Come argue with me you dinosaurs

He’s still alive and has coached more studs than durden maybe ever will. But who gets.more out of each swimmer right now in 2016?

The guy who coached Schooling, Haas, Smith, Conger, Licon didn’t exactly have an off year.

Not arguing who has better swimmers but who gets them ready for the big meets. Schooling and Haas for sure. But remember what happened when it matter most…shields over conger in both flies, Messerschmitt over conger in 100 fly, prenot over licon. Slight edge to what Murphy did to schooling only because he did both 100 and 200 of his stroke in rio but both are so good I don’t even consider them because they could dominante swimming for anyone.

totally right – Between Texas and California , its hard to say who did the full best

By living do you mean alive?

Watch the incoming recruiting and then were the end up when they graduate. Eddie does a great job, but I think evidence would show durden has gotten more.out of.his swimmers than reese in the past 5 years or so. Too many ungodly fast recruits come into Texas and never.get to that next level. Youngquist and deinchenzo come to mind. Urbancheck, Schubert, and others come to mind as far as lifetime achievement, but is there anyone here ready to.make the argument that a high level HS recruit would be better off somewhere else than cal RIGHT NOW?

Reese has four gold medalists on his team right now. I feel like that is getting to the next level…

If you include prelim relays swimmers. I’d say what Murphy prenot and pebley did this summer Trump’s what conger Haas and schooling did.

As a retired coach, we are talking about 2016. Not lifetime achievement. After watching Men’s NCAAs the past 6 years, I would say DD was deserving of this award for how his swimmers did at Trials and Rio. Let’s throw Tony into the mix also.

What’s your argument for Durden’s case? Not trying to attack you, I’m just genuinely interested to hear what you have to say

Not to give him too much credit for someone like Murphy whod be great anywhere but who saw 2 years ago…silver medal for prenot, Olympic berth for pebley, shields actually swimming successfully long course (when I saw him years back at ncaa I never.thought he’d be an Olympian). I guess the best example I could point is Messerschmitt (sorry on spelling) beating conger at trials in the 100 fly. Conger is by far the more celebrated talent. More than anything, it’s how Cal’s top swimmers seem to perform their best at the right time. Lincon was better than Prenot at NCAA’s but durden had prenot dialed in on trials the whole time.and he reversed it. Race strategy for prenot, Murphy,… Read more »

Durden and Reese are both great. I’m not mad