Calgary To Add Nine New Swimmers For Next Season

Coming off a strong 2017-18 campaign, the University of Calgary Dinos swim team will bring nine new swimmers into the fold next season. Current photo via Mike Lewis/Ola Vista Photography 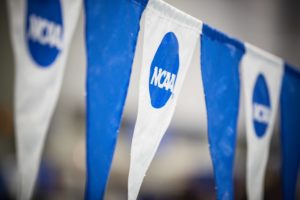 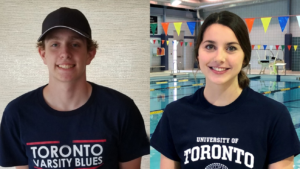 Brendan Oswald and Raili Kary have signed their letters of intent and committed to the Varsity Blues beginning in the 2020-21 season.

Canadian junior standout Gabe Mastromatteo has committed to swim at the University of Toronto beginning in the fall of 2020. 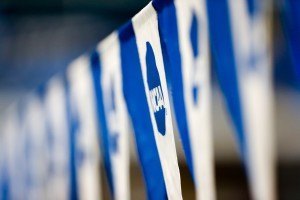 With new verbal commitments coming in every day, we have already written about 507 swimmers and divers from the high school class of 2020. 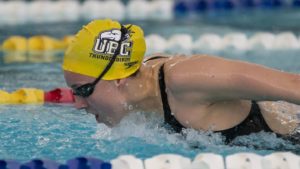 The 13 newest T-Birds have already joined their returning teammates in the pool in preparation for their first official competition in late October.

Today is the day that the high school class of 2021 can begin talking to college coaches. See who has already verbally committed from the class of 2020. 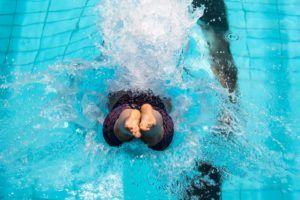 The First 170 Verbal Commitments from the HS Class of 2020

Diving right into 2020: 170 student-athletes from the high school class of 2020 have already announced their verbal commitments to 42 colleges.

Coming off a strong 2017-18 campaign, the University of Calgary Dinos swim team will bring nine new swimmers into the fold next season.

The Dinos’ success in the pool was well balanced, with both younger and older swimmers contributing at the Canada West and U SPORTS levels. Peter Brothers, Danica Ludlow, and Robert Hill had some of the most notable performances at nationals in Toronto, while Frederik Kamminga took home U SPORTS Rookie of the Year honours. The Dinos’ men’s team finished the U SPORTS meet second overall, beating out the host Varsity Blues after a back-and-forth battle over the three days to finish with 939.5 points. On the women’s side, the Dinos finished fourth overall.

This year’s recruiting class is headlined by Calgary native Marit Anderson, who has swum internationally for Canada on the national junior open water team. The group of nine also features a pair of swimmers who move up from the University of Calgary Swim Club to the Dinos’ varsity squad.

“We are very excited about the depth we have been able to add for next season. This group will be able to push our older swimmers while also making an immediate impact at Canada West and U SPORTS Championships,” said Dinos assistant senior coach Ray Betuzzi.

Marit Anderson will keep her talents at home next year, transitioning to the Dinos from the Calgary Patriots Swim Club. Marit has the ability to make an immediate impact with the Dinos. In February, she placed second while swimming for Canada in the women’s race at the prestigious Midmar Mile open water swimming competition in Pietermaritzburg, South Africa. She ranked second in Canada last season in the 1500-metre freestyle. Currently, she is the top under-18 swimmer in the 1500m and is the second-fastest U18 swimmer in both the 400m and 800m. In addition to those distance events, Marit is expected to contribute next season in the 4×200-metre freestyle relay in her first year.

A familiar face for the Dinos coaching staff, Kate Dumaine will move up from the club program to become a varsity Dino next season. Kate’s commitment and enthusiasm for the sport made her an easy addition to the varsity program. She swims distance freestyle and will help the Dinos continue to grow their depth in the distance events while pushing her teammates in those races.

The Dinos off-season checklist included the need for a sprint freestyler, and that is exactly what they get with Alicia Eisen. Joining the Dinos from the Island Swim Club, Alicia helps shore up a hole in Calgary’s depth chart. Coming into her first year, she will have the chance to compete with veteran swimmers for relay positions and develop into a key contributor on the women’s side.

Trading in Bisons brown for Dinos red, Sydney Glover comes to Calgary from the Bisons Swim Club in Manitoba. An excellent backstroke swimmer, Sydney has performed best this season in the 200-metre backstroke. She already holds best times under U SPORTS standards and will contend right away for a spot as the backstroker in the Dinos’ medley relays.

Another swimmer taking the next step from the University of Calgary Swim Club to the varsity program is Mickayla Knudson. Mainly a backstroker, Mickayla has shown promise as a sprint freestyler. Her strong work ethic and commitment have allowed her to make great strides this season, something that should carry over to the university level as she continues to develop her speed.

Coming to the Dinos from the KISU Swim Club in Penticton, B.C., Mackenzie Wallich brings versatility to the University of Calgary pool. Mackenzie performs well in the individual medley, which means she is capable of delivering with all of her strokes. She will have a chance to learn from team veterans next season and push her swimming to another level in a new environment.

Transferring to the Dinos from the UBC Thunderbirds, Dan Gerlach will hope to make a splash right away next season. Dan has already begun training with the Dinos, becoming acclimated to his new coaches and teammates, which will make for a seamless transition in the fall. He adds to the impressive group of backstrokers already on the Dinos’ roster that will make them hard to compete against within the discipline.

Making the move south from Edmonton to the Dinos program is Colin McCann-Stephens. The product of the Olympian Swim Club is a sprint breaststroker who will provide the Dinos with depth and competition in the event. He is also expected to compete for a spot in the medley relay.

So proud of great-niece Marit Anderson-her parents and grandpa Jim have given her an awesome example and the wings to reach for excellence and she is soaring!