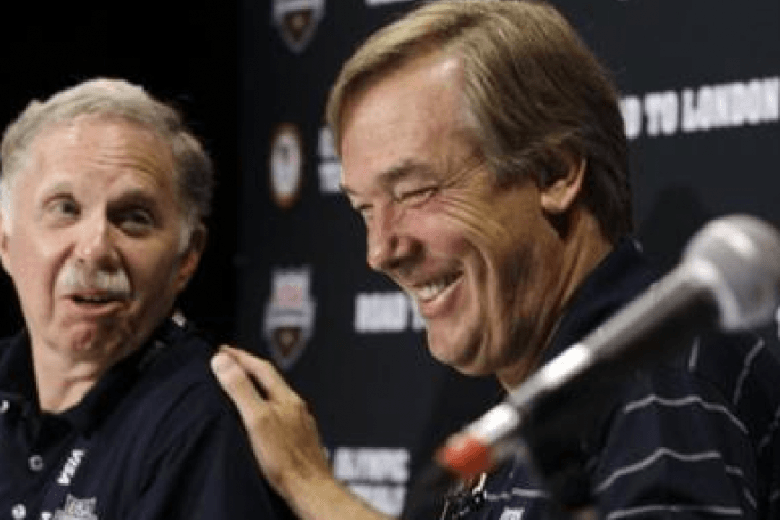 Running unopposed this past weekend at the US Aquatics Sports Convention in Greensboro, North Carolina, Bruce Stratton was re-elected for a 2nd two-year term as the President of USA Swimming. He ran unopposed at the convention.

This role entails a number of far-reaching powers, including the responsibility for directing, supervising, and coordinating all activities of USA Swimming, and serving as the primary spokesperson for USA Swimming on matters of policy.

Stratton took over the positiong from Jim Wood during a very hectic time, when the National Team Director had just been relieved of his duties, and the sexual abuse scandal was first exploding into the national spotlight.

Among his initial platform for candidacy included a focus on the Make a Splash program, athlete protection, and increasing the involvement of women in the coaching and leadership ranks of USA Swimming. Stratton, a Certified Public Accountant, was previously the treasurer of USA Swimming and as the Chair of the Rules & Regulations committee, and in more than a decade of service has had his hands in just about every aspect of the organization.

Interestingly, Stratton’s financial background has paid off financially; in minutes from various Board of Directors meetings from earlier this year, USA Swimming earned over a 7% return on their investment portfolio in the 1st quarter alone (a significant figure), and were well ahead of their budget.

Earth to USA Swimming: Bruce Stratton, running unopposed, in an election a tiny fraction of the membership actually participated in, puts you on par with Stalinist Russia in terms of Democracy.

What a perfect photo SWIMSWAM used. Those two sure have a lot to laugh about since things in USA Swimming are going so great now!

Gee. Stalinist Russia. Really? For someone who claims to be a lawyer you clearly never bothered to study the American system of how a President is elected. It’s not a popular vote rather it’s based upon electoral votes. The same process occurs in USAS. The organization has more than 600 delegates with equal numbers from each LSC who are elected by the LSC. So the two systems are quite similar. I guess the US system of electing a President has been Stalinist before Stalin was born! You must have gone to Stanford.

Do I need to spell it out for you? As you say, 600 people participated in this “democratic” process. There are roughly 300,000 USA Swimming members. In the words of Bill Clinton, “arithmetic”. 600 is .002, or .2 percent of the membership. Unlike the electoral college, which, as you seem not to know (shame on your US History teacher), depends on the actual popular vote of the people, these delegates have absolutely zero direct accountability to their members.