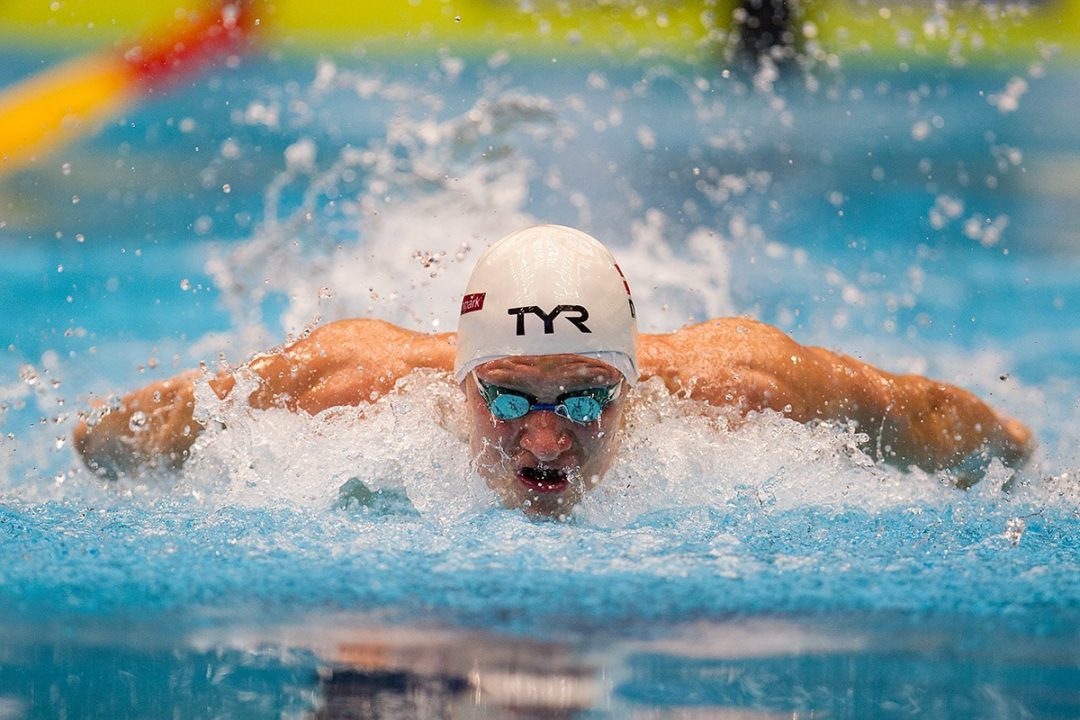 The two Danish Olympians competing at the 2016 Danish Open both took individual events on the second day of racing in Herning... Current photo via Jesper Nielsen | www.sttfoto.dk

The two Danish Olympians competing at the 2016 Danish Open both took individual events on the second day of racing in Herning. Viktor Bromer won the men’s 100 butterfly in a time of 53.61. Bromer, who won the 400 IM on Thursday night, was over a second off his season and lifetime best of 52.43, which he posted at the European Championships in May.

Mie Nielsen, who won both the 50 backstroke and 100 freestyle on the first day of competition, took the women’s 200 backstroke on Friday evening posting a time of 2:12.39 finishing over six seconds ahead of the field. Nielsen, who has only swum this event once since 2014, was not far off her lifetime best of 2:11.97 that she recorded in 2012.

Emilie Beckmann was the only woman to break the one minute barrier in the women’s 100 butterfly posting a winning time of 59.73.

With the absence of Rikke Moller Pedersen Anna Wermuth took the women’s 200 breaststroke in a time of 2:30.75.

Full results of the event, which runs until July 3rd can be found here.