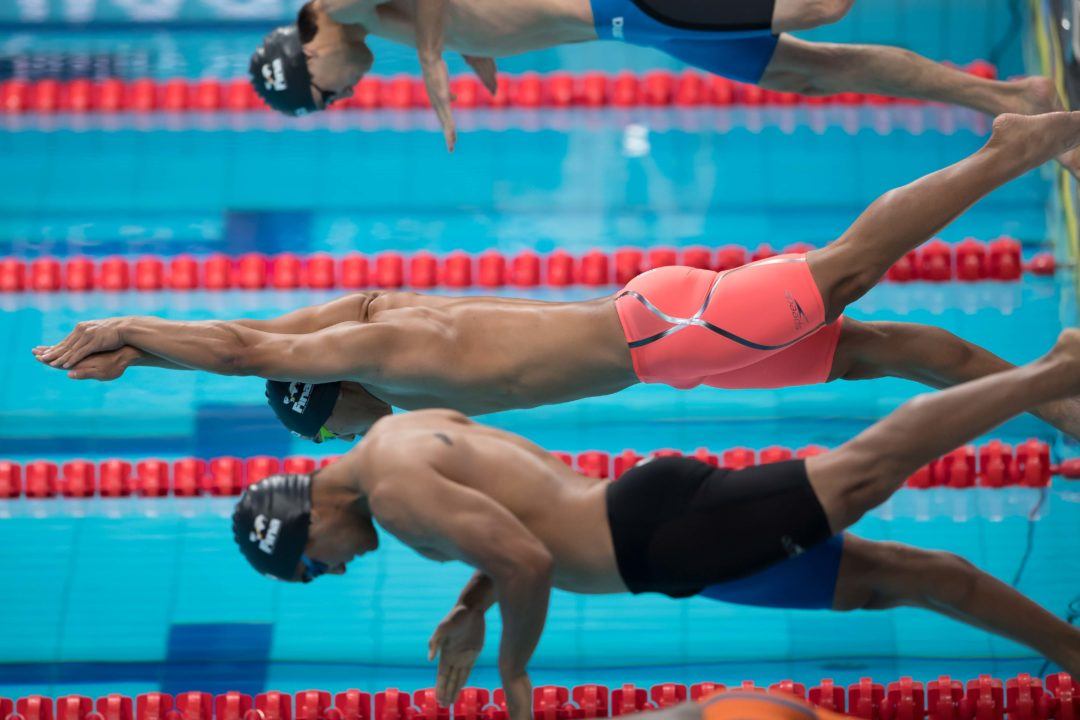 All eyes were on Olympian James Guy yeseterday in Sheffield as the 22-year-old went after his only event at the 2017 Swim England National Winter Championshps, but an even younger gun in Jacob Peters turned heads. Stock photo via Mike Lewis/Ola Vista Photography

All eyes were on Olympian James Guy yesterday in Sheffield as the 22-year-old went after his only event at the 2017 Swim England National Winter Championships, the men’s 200m butterfly. Having already collected Commonwealth Games qualifying standards in the 100m fly, 200m free and 400m free, Guy was simply seeking to dip under the QT of 1:58.29 in his quest to potentially become England’s first 200m fly Commonwealth champion since 1998.

However, along with Guy’s easy qualification in yesterday’s race, another promising 200m flyer entered the spotlight in the form of 17-year-old Jacob Peters. The Poole Swimming Club athlete also sneaked under the qualifying time for the Gold Coast, notching a huge personal best mark of 1:57.17 to claim silver behind Guy in the race.

Entering the meet, Peters’ personal best sat at the 1:58.40 he clocked at the 2017 World Junior Championships in Indianapolis. That mark rendered the Poole athlete in 7th place overall and represented the first time Peters delved into sub-2 minute territory in the event.

With his 1:57.17 performance in Sheffield, however, Peters rocketed to among the best-ever in his nation, checking in as the fastest British 17-year-old in history in the event. His mark is also now situated among the top 10 Brits of all-time, sliding into the 7th position, ahead of notables such as Duncan Scott, Jay Lelliott and Mark Szaranek.

How long till he is in Loughborough with Marshall? Would love to see what she could do with his talent!!

Quite a drop in one season. Good story on him making it to Commonwealths!

I mentioned him after the 50fl on day 1 as he looked to have physically matured massively since I last saw him swim in the spring, but I wasn’t expecting another drop this big between world juniors and this meet. He has all the tools – The physical stature and the work ethic – To go a long way.

Well done to him!