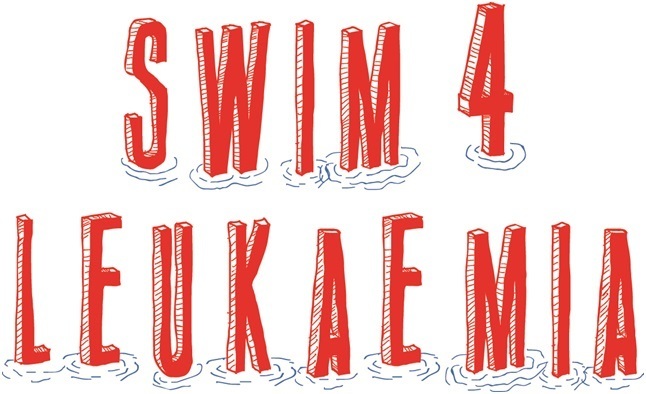 A who's-who of British swimming stars will come together on February 1st in an attempt to break the Guinness World Record in the 100 x 100m relay while raising money to research and treat Leukemia. Current photo via Lewis Coleman

Coleman turned to his swimming community to help raise funds for Leukemia research and treatment. Photo courtesy of Lewis Coleman.

Lewis Coleman has assembled a team of Brits that on February 1 will chase a Guinness World Record by swimming a 100-leg, 10,000-meter relay. The relay will be the highlight of a full-day event designed to raise money for the Leukaemia and Lymphoma Research, or LLR.

The relay roster includes such big names as Michael Jamieson, Rebecca Adlington, Andrew Willis, Sophie Allen, Caitlin McClatchey, Jazz Carlin, Hannah Miley, Siobhan O’Connor, Lauren Quigley and Fran Halsall, each of whom will swim a 100-meter leg of the relay, joining a 100-person team of club swimmers and community members. The team was put together by the 21-year-old Coleman, a rising elite-level swimmer and five-year member of the Great Britain World Class Development Squad himself.

“I especially wanted the record to have a community feel to it and that of people coming together for a great cause,” the Sheffield swimmer said.

The cause hits close to home for Coleman. In June of 2012, his mother was diagnosed with Acute Lymphoblastic Leukemia and underwent chemotherapy.

Coleman with his mother, who helped inspire the World Record attempt. Courtesy of Lewis Coleman.

After the chemo was unsuccessful, Coleman’s mother decided to enroll in a clinical trial of a new experimental drug to help inhibit the cancer enough to allow a bone marrow transplant operation. Though the risk in a very new and untested drug was high, it paid off for Coleman’s family as the drug, Blinatumomab, was successful enough to allow Coleman’s mother to undergo a bone marrow transplant.

She’s still in the midst of treatment now more than 18 months after being diagnosed, and the entire ordeal inspired Coleman to do something himself to help his mother and other families dealing with Leukemia.

“I sat and thought, what could I do to raise money to support the treatment that my mum had recieved,” Coleman said. “With swimming being such a big part of my life, and my family’s life, and with my mum having a massive part to play in myself getting to the position that I am in today in the sport, I thought it would be fitting if the event I organized was related to swimming.”

Coleman has been accepting donations through his JustGiving page, and has taken in over £7,000 (or around $11,500 U.S. dollars). But in typical swimmer fashion, he’s set his goal much higher, aiming for £100,000 in total.

That high ambition is what inspired Coleman to shoot for a Guinness World Record as the highlight of his fundraising event.

The 100 x 100m relay must better the time of 1 hour 37 minutes and 53 seconds set by current record-holders in the Pizzey Park Sporting Complex of Australia in 2011.

The relay event will be preceeded by a series of swim clinics featuring Olympic and Paralympic coach Russ Barber as well as the British swimming stars competing in the relay later in the day.

“My hope is that I can also involve children or siblings of children who have suffered with Leukemia or are receiving ongoing treatment for Leukemia in the swim clinics,” Coleman said.

The event will also feature raffles for prizes and picture and autograph sessions with the national swimming stars.

You can view Coleman’s JustGiving page and donate here.

They smashed it – I think averaging something like 54.8 – but it’s got to be done by 100 separate swimmers. Getting 100 sub-minute freestylers to all show up for the same hour isn’t a small feat … and the coverage / fundraising for the charity is fabulous.

Is this a freestyle relay, or the swimmers can swim any style (free/back/breast/fly) he/she wants?