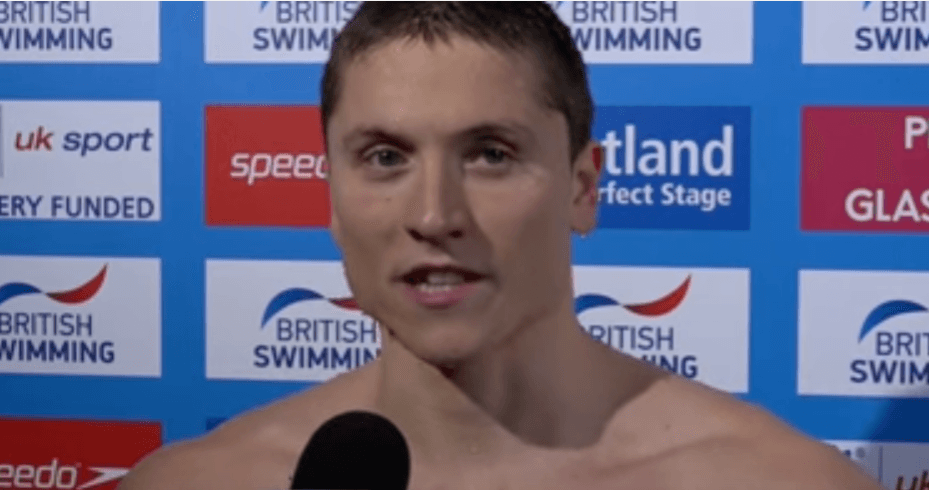 Roberto Pavoni becomes the second Brit in as many days to announce a retirement from competitive swimming. Pavoni, at 25... Archive photo via David Crawford / www.stillsport.com

Roberto Pavoni becomes the second Brit in as many days to announce a retirement from competitive swimming. Pavoni, at 25 years old, is 3 years younger than compatriot Michael Jamieson, who made his announcement on Sunday.

Pavoni represented Great Britain at the 2012 Summer Olympics, where he placed 13th in the 400 IM. He wound up falling short of qualification in 2016, where at the British Trials he  the 200 IM in a time that by FINA’s rules was enough to earn an invitation to the Olympics, but by Britain’s more challenging standards was not. He also placed 2nd in the 400 IM. In the 200 IM, British Swimming chose to send two swimmers that he beat at those Trials instead of him as the champion.

Pavoni’s international career began at 16 when he competed in the European Youth Olympic Festival in Belgrade. In 2010, he moved to the National Training Center at Loughborough, who coached him to that Olympic appearance. Two years later, he earned his best international finishes when he took silver in the 400 IM and bronze in the 200 IM at the 2014 European Long Course Championships.

Pavoni will now move into coaching as the head coach of Loughborough Town SC. He also owns Train2WinUK – a sports and fitness consulting firm.

“I have made the decision to retire from my competitive swimming career and would like to say a special ‘thank you’, from the bottom of my heart, to all those who have been involved in helping me to achieve more than I had ever imagined possible,” Pavoni said.“I am excited to now move into coaching where I realise that I have the same passion as I had for my own career.”

National Performance Director Chris Spice commented: “I want to congratulate Roberto on his career and thank him for his dedication to the sport. He was a great role model for all those that saw the way he trained and competed and often set the example for others to follow.

“On behalf of everyone at British Swimming I want to wish him good luck for the next chapter in his career and hope he is successful in his future endeavours.”

Pavoni did swim in a few local meets through the fall, with his last race coming at Nottingham from November 5th-6th.

They gave priority to the 4×200 Free squad. They selected swimmers who finished behind Pavoni to give depth and options on the relay. The relay team came home with a silver.

He was a big prospect back in 2008 but not every young wonder became world class swimmer.

He wasn’t deemed medal worthy and would never be selected again.
Lost funding because he didn’t medal at commonwealths but won medal at European in 2014, finaled at worlds in 2015 and made times in 2016 but they fobbed him off and Wallace and Lloyd did 200im all because they wanted Wallace for the 4×200.
Quite sad really for a swimmer who always performed to be left to rot by your own nation.
Wouldn’t of hurt GB to let him swim 400im if they still pulled the same stunt with Lloyd and Wallace in the 200im for the 4×200.

I saw him do a 4:12 400 IM and a 1:58 200 IM at a meet in the UK a few years ago. Both are certainly in the domain of world class times. He ended up another victim of British Swimming’s severe time standards set over and above the Olympic A cuts. It is difficult to win medals or even gain international experience in all the events you DON’T swim. Ask the 2016 French Olympic Swimming team.

World class potential ! Had a great career. Best of luck in your new career