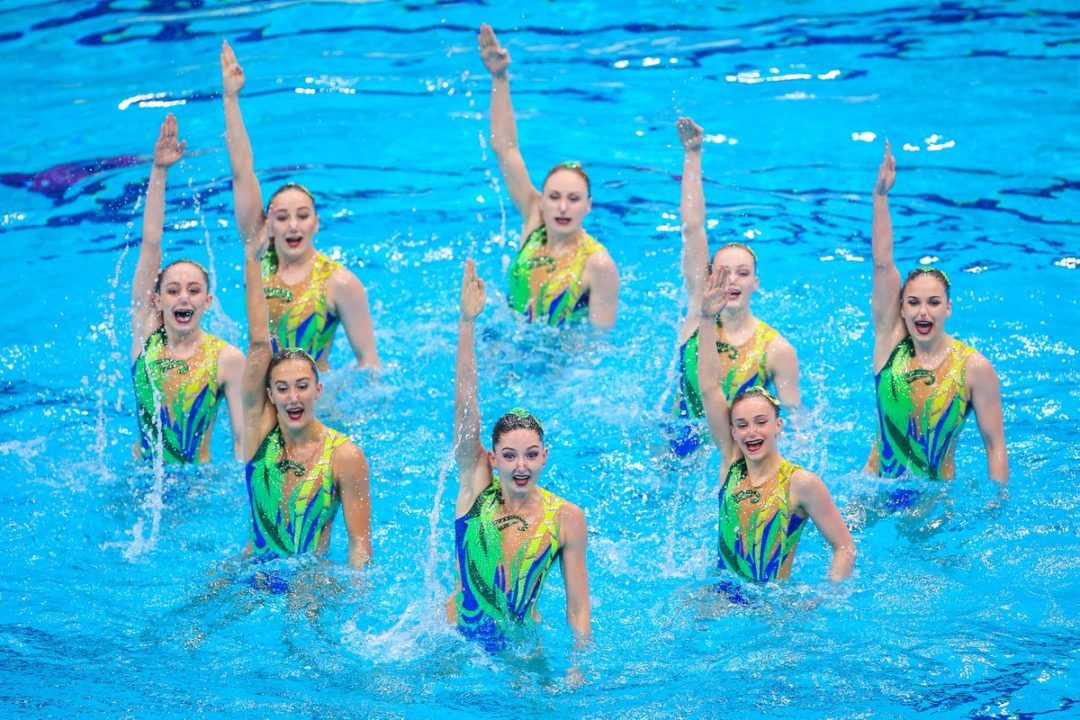 Twelve synchronized swimmers have been named in Britain’s squad for Glasgow 2018. Current photo via British Swimming

Twelve synchronized swimmers have been named in Britain’s squad for Glasgow 2018.

The line-up includes 17-year-old Kate Shortman, winner of four National Championship titles in 2016 and 2017, and was part of the Technical Team and Free Team who came eighth at the last European Championships in 2016. She will be taking on solo, duet and team competition.

Joining her in multiple events is Isabelle Thorpe, her teammate in the duet event.

A special pool is being built for the competition at the Scotstoun Sports Complex in Glasgow, which is usually home to tennis courts.

The full team listing is: