Breaking Down Sun Yang’s Case, Part 3: What Went Down with the Blood Vials? 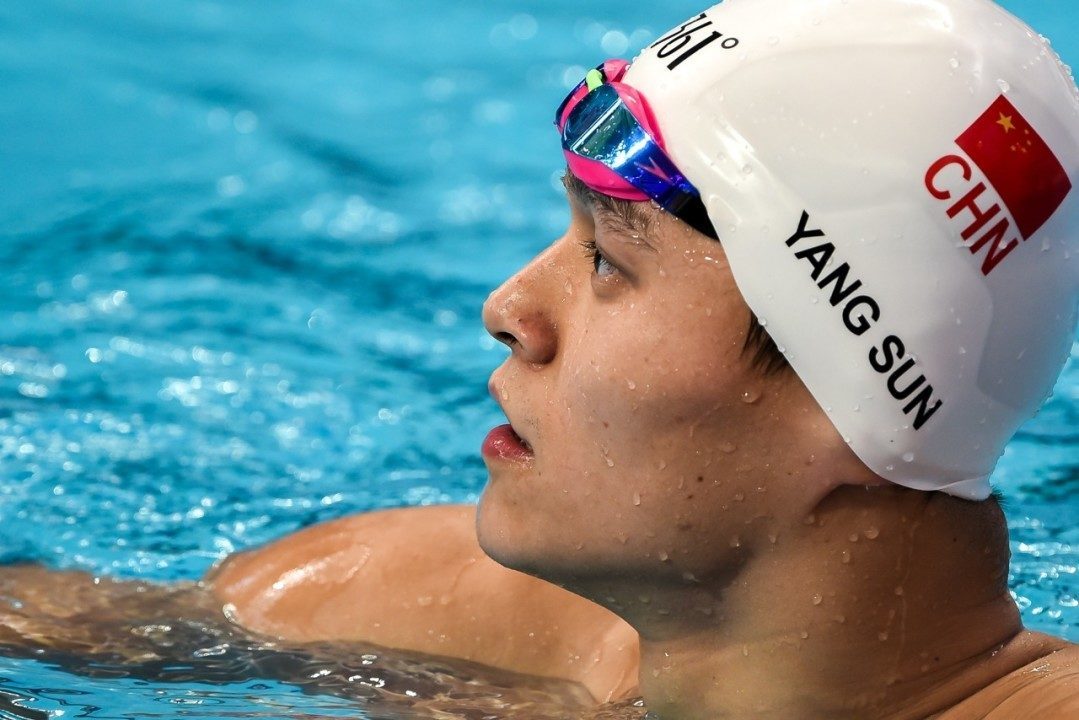 The following is the third part of a four-part series.

What Went Down with the Blood Vials?

The part we know you’ve all been waiting for: what actually happened to the vials of Sun’s blood taken before his camp deemed the blood collection assistant unauthorized?

Once it was clear no urine sample would be given, the question turned to what should be done with the blood samples. The DCO called and emailed her superior at the IDTM, Tudor Popa, to discuss options. The DCO proposed sending the blood to the WADA-accredited lab in China, then sorting out the accreditation issues with FINA after. Sun’s camp proposed that Dr. Ba take the samples to his hospital and discard them there. Neither option was acceptable to all parties.

The DCO continued to warn Sun that if she did not leave with the blood samples, it “could” constitute an anti-doping violation, and Sun insisted that it was not a “refusal” or “Failure to Comply” because the situation was “entirely the DCO’s fault for coming to test him with improper officials.”

Sun reiterated that he could stay at the doping control station for as long as it took for a “properly authorized” DCA to arrive, but the DCO refused. She called Popa back to discuss “various explanations that could be offered to the Athlete to convince the Athlete that the blood samples must be removed from the doping control station,” and was told to make very clear the consequences of refusal. Sun did not accept any of the explanations.

Sun, along with Ba, proposed that the secure box containing the blood samples be smashed with a hammer to “destroy the integrity” of the blood samples inside. According to the report, the DCO was “horrified” by that idea. She remained in contact with her superior and the two “attempted to create a strategy to deescalate the situation” and try to remove the samples, unharmed.

In Sun’s version of the story, he maintains that the DCO told him, “if you are able to take away the blood sample, go ahead.” When he asked how to remove the samples from their secure container, she allegedly said, “find your way,” and she and the BCA allowed Sun access to the secure cool box (that aspect was corroborated by Ba and Sun’s mother).

As she was on the phone, the DCO “heard the sound of glass breaking,” and went outside the clubhouse and found that one of Sun’s guards had broken a secure sample container and vial with a hammer, as Sun watched and used his phone as a flashlight. The guard initially tried to only break the secure container and was unable, and was moved outside when it became apparent that blood might spill. The DCO was asked to destroy the second sample, and “adamantly refused.”

The DCO began to fill out a doping control form regarding what had happened, but Sun took the paper and destroyed it. According to Sun, he believed the entire testing mission had been abandoned, and thus he destroyed the form because it still contained his personal information. The DCO was advised by Popa to end the session safely and document everything that had happened with notes and photos.

Around 3:15 a.m, on September 5, Sun’s mother gathered all testing materials, including the damaged vials, and left the clubhouse. According to Sun’s account, the DCO told Dr. Ba he could take the second sample with him.

Preempting some questions about the logistics here. The “cool box,” that Sun was allegedly allowed to access, is something like this: https://www.berlinger.com/drug-and-doping-control/products/productdetail/product/show/Product/reusable-cooling-boxes/

The secure sample container (the blood vial goes inside) is something like this: https://www.berlinger.com/drug-and-doping-control/products/productdetail/product/show/Product/bereg-kit-small/

My personal interpretation is that in an attempt to open that secured container, the blood vial was perhaps inadvertantly smashed as well.

It sounds more and more like Sun had reason to be concerned with the whole process and the doping officer. The doping officer seems to have been almost more unreasonable than Sun.

This is such an interesting narrative of prejudice in sports. I’ll admit I was 100 percent on board with the vilification of Sun, but now I’m starting to think that was wrong…

Did you read the same articles I did?

Sun Yang needs a manager or something. If he is clean, he needs to act it because he just doesn’t seem to know how to.

Cheater or not. He is arrogant for sure.