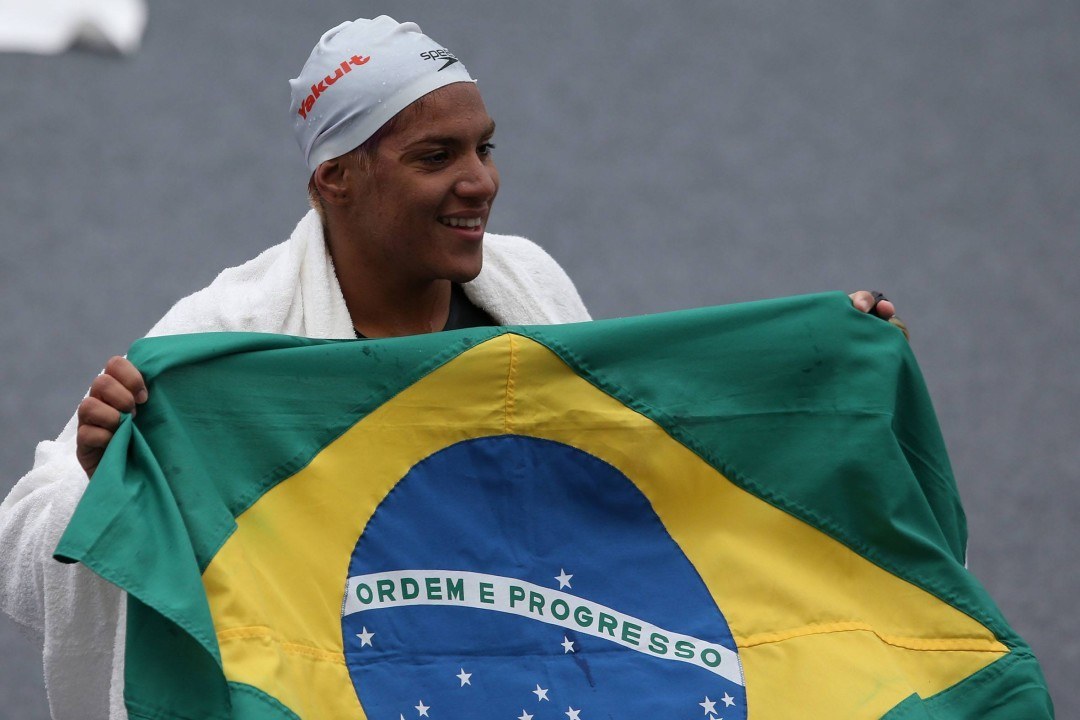 Brazilian Olympian Ana Marcela Cunha underwent a successful surgery to remove her spleen this past Sunday, October 23rd. After the surgery, Cunha took to social media to reassure her fans that she’s doing just fine:

“Guys, it all worked out !! I’m fine now and only recover to return to training. Thank you for the affection of all”

SwimSwam earlier reported that Cunha was diagnosed with an auto-immune condition that affects the production of platelets. It was determined that she had a low platelet count after a race in Salvador in early 2016. Because she didn’t want to have surgery ahead of the 2016 Rio Olympic Games, Cunha began taking preventative drugs to try and minimize the effects of the condition on her performance.

With the big meets of the summer now behind her, Cunha decided to undergo the spleen removal surgery to prevent the disease from worsening and allow her to continue competing in the future. Now that the operation is complete, she’ll be out of training for up to 45 days and will likely return in early December.