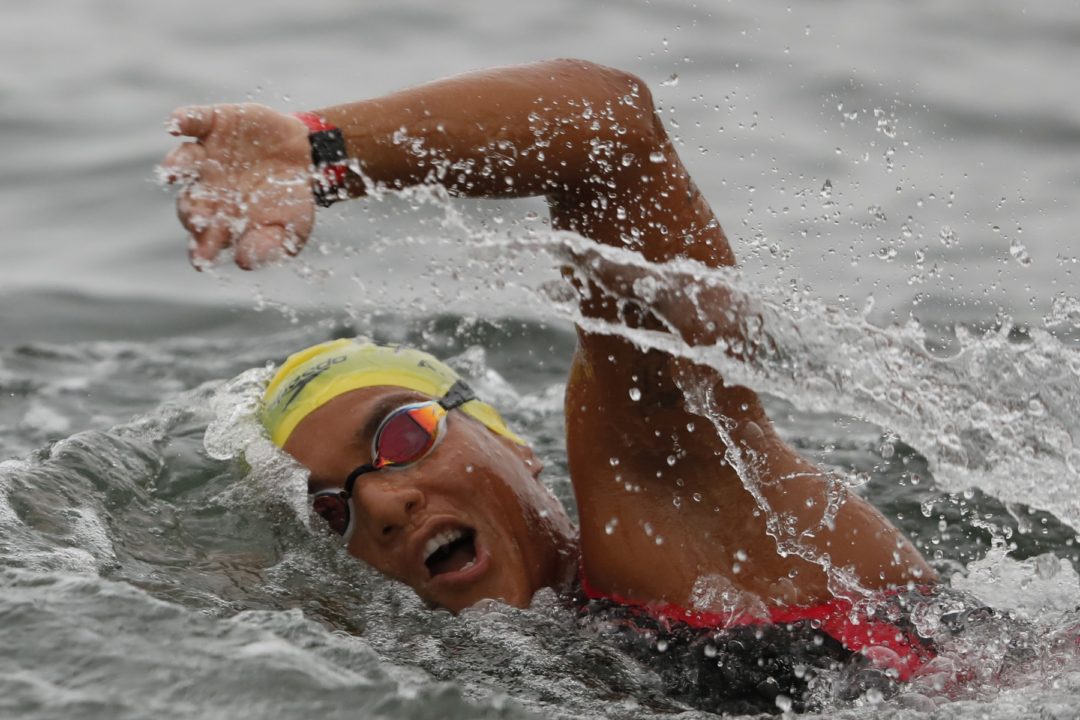 A handful of Brazil's top aquatic athletes have traveled to Portugal to resume their training for next summer's Olympic Games. Archive photo via Satiro Sodré/rededoesporte.gov.br

The Brazilian swimming federation (the CBDA) announced this month that athletes in swimming, open water swimming, and synchronized swimming would be taking part in the “Europa Mission,” a team trip to Portugal to resume training.

Brazil has been hit especially hard by the coronavirus pandemic. According to the World Health Organization, the country has more than 2.4 million confirmed cases of COVID-19. That’s about 11,682 confirmed cases per one million in population – relative to other countries, that’s one of the higher rates in the world. Brazil has also had more than 88,500 deaths with COVID-19 – nearly double that of any other nation besides the United States.

Portugal has just 4,963 cases per million in population. The Brazilian delegation of swimmers will be in Rio Maior, Portugal through August 29, with a meet scheduled for August 14-16, according to the Brazilian swimming federation. Among the top Brazilian athletes included in the delegation are:

Update: Joao Gomes Junior was originally listed among the traveling swimmers, but he was quarantined in Brazil after testing positive for COVID-19. The original CBDA list also included Felipe Lima, but he’s currently training with Energy Standard in Turkey.

Three synchronized swimmers (Luisa Borges, Laura Miccuci, and Maria Bruno) are also in Portugal and will remain there through August 8.

A group of seven open water swimmers will join the training center on August 8, according to the CBDA:

João Gomes did not go as he was diagnosed with covid
https://globoesporte.globo.com/olimpiadas/noticia/nadador-joao-gomes-jr-testa-positivo-para-covid-19-e-e-1a-baixa-da-missao-europa-do-cob.ghtml

Portugal is on the list of low Covid 19 mortality countries which also has kept up a strong TB vaccination program. Spain is on the non TB vaxx list with high mortality .