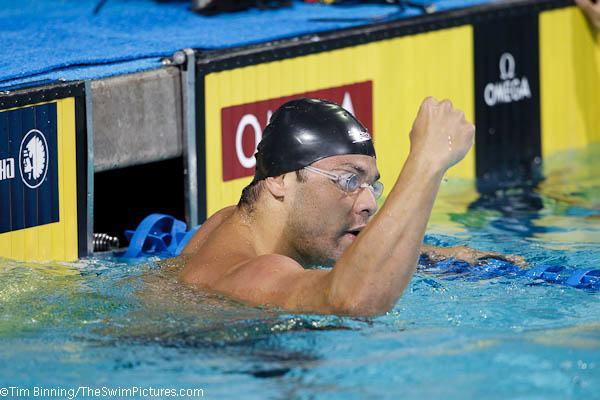 Spain and Brazil now top the medal podium with three gold each...

For the second day in a row the Spaniards sit on top of the medal table, but they are now tied with the Brazilians. After collecting her third gold of the competition in the 800 freestyle Mireia Belmonte is still the only swimmer to medal for Spain. The Brazilians won all three of their gold on day two taking both the men’s and the mixed 4 x 50 medley relay while Felipe Silva came away with the victory in the 100 breaststroke.

South African star Chad le Clos collected his second gold of the competition taking the 100 butterfly which makes up the total number of medals for his country which places them third.

It is interesting to note that the top three countries in the medals standings so far have exceeded their total gold medal count from the 2012 championships when Spain, Brazil and South Africa only collected one each.

The title should have been: