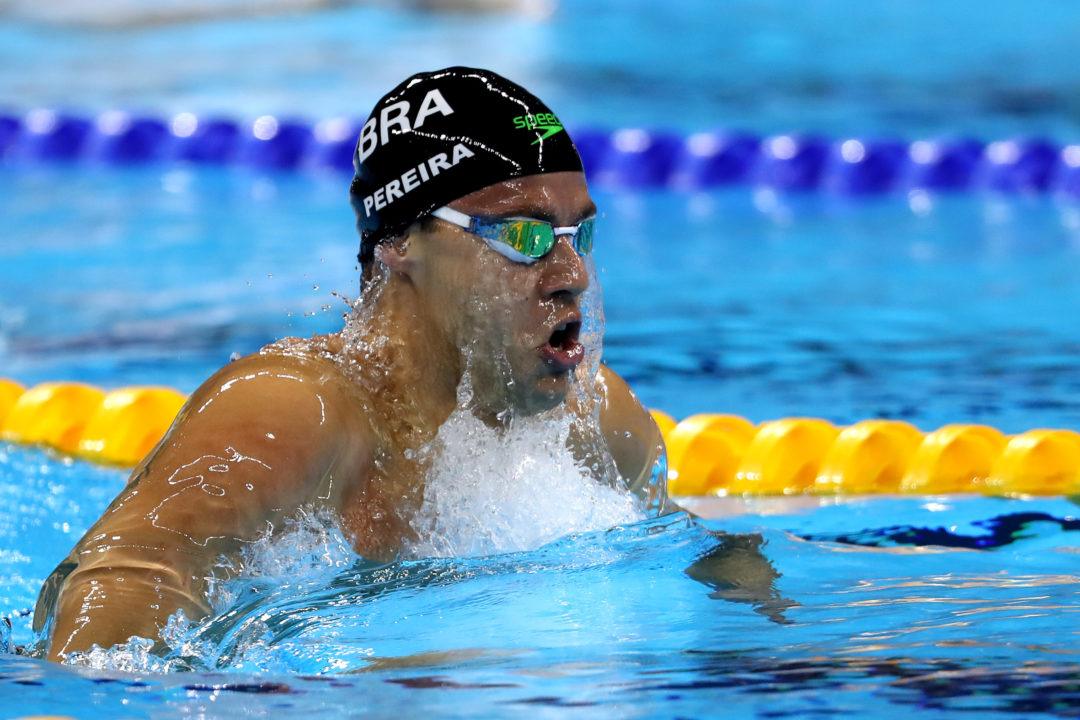 The Brazilian Swimming Federation announced that it is increasing the number of individual races a swimmer may contest at national competitions. Archive photo via Satiro Sodre/SS Press

The Brazilian Swimming Federation, or CBDA, announced that it is increasing the number of individual races a swimmer may contest at national competitions.

The old rule only allowed swimmers only four individual races at a national competition, even if that competition spanned more than four days. Now, for instance, a swimmer competing at the 5-day Brazilian National Championships (Troféu Brasil) can swim up to two individual events per day, or 10 events total, provided they do not swim more than two individuals on the same day. The proposal to change the rules was launched by Celso Oliveira, President of the Aquatic Federation of Rio de Janeiro and a former swim coach.

By increasing the number of events an athlete may swim at national-level competitions, Brazil might be able to curb “early specialization,” which, as one Brazilian commentator points out, limits an athlete’s opportunities to excel in swimming by not attempting other races that fall on the same days as their primary events. The same coach also states that with an increased competition repertoire, swimmers will train differently and that athletes with more versatility will become more highly valued.

Had the CBDA adopted this rule a decade ago, perhaps Thiago Pereira and other world-class Brazilian swimmers could have branched out and wowed the home crowds in the same way that Michael Phelps, Ryan Lochte, Laszlo Cseh, Katinka Hosszu, or Ian Thorpe have at their own respective national championships throughout the years.

Pereira, for example, broke seven South American records at the 2007 Pan American Games, picking up individual golds in the 200 backstroke, 200 breaststroke, 200 IM, and 400 IM, and relay golds in the 4 x 100 freestyle relay and the 4 x 200 freestyle relay, plus a silver with the 4 x 100 medley relay. The 200 breast was the only South American record Pereira did not break at that competition, though he would later claim it at the 2008 Beijing Olympics.

Despite the FINA-World-Cup-esque handicap Brazilian swimmers have had to deal with over the years at their own national championships, highly talented and versatile swimmers such as Pereira have nonetheless proven themselves as major players in multiple events on the world stage.

Pereira: the fourth best IMer of his generation