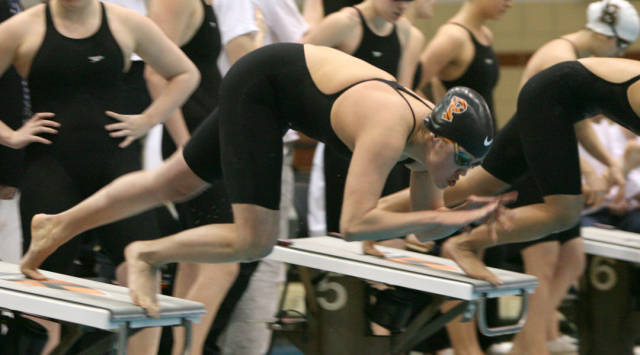 The two pros now train together with the Texas Longhorns postgrad program, and did battle early in the finals session for the 100 free win. Boyce jumped out to a half-second lead at the turn and never let up, finishing in 55.74 to Romano’s 56.28.

Romano, though, was coming off of the 200 back not long before. In that race, she also ended up second, going 2:14.15. The winner was 16-year-old Emma Seiblerlich, who has been all over the podium this weekend. Seiberlich was 2:12.81.

Steamline Aquatics teammates went 1-2 in the men’s 200 back in between Romano’s two races. Andrii Nikishenko completed a backstroke sweep in Austin, going 2:03.32 for the win. His 19-year-old teammate Aaron Moran was 2:06.08 for second.

The boys 200 IM went to Pack Swimming’s Ben Walker, one of the better rising high school seniors in the nation. Walker was 2:05.72 for that win.

Magnolia Aquatic Club’s Joy Field added to her win total for the weekend, taking the girls 1500 free in 16:37.04. Field also won the 400 free earlier in the weekend.