Bonus Blueseventy Swim of the Week: The Greatest Mile In History 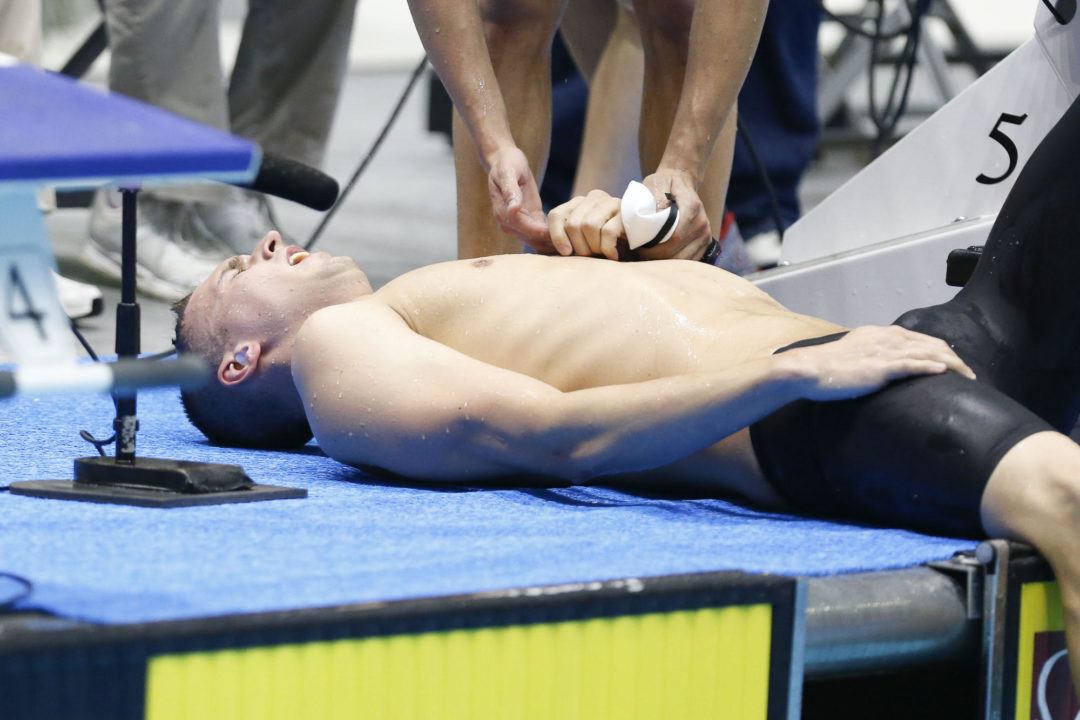 Disclaimer: BlueSeventy Swim of the Week is not meant to be a conclusive selection of the best overall swim of... Current photo via Tim Binning/TheSwimPictures.com

We’re going way back this week – to one of the greatest swimmers in history, who is credited with his first world record on this day in 1922.

This week in history, we look back at the 2008 Short Course World Championships and a historic swim for Austria – its first Worlds gold medal in swimming.

As with the women, we’ll give fans a little extra this week, coming up with a Bonus Blueseventy Swim of the Week to chart the best swim from men’s NCAAs.

While there were other American and NCAA records that were arguably more impressive historically (how can you argue against a 40.00 100 freestyle?), the race of the meet without a doubt has to go to the mile.

In a final heat of 8 swimmers, 4 went under the fastest time previously recorded. The race was back-and-forth, with multiple lead changes and a whole lot of shuffling of the crowd. The superlatives from fans, announcers and writers were glowing. Renowned meet announcer Sam Kendricks called it “the greatest race [he’s] ever witnessed.” Several commenters annointed it the greatest race in history.

It started with Clark Smith, who went out like a rocket. Smith was coming off of a gutsy 500 free win that broke American and NCAA records, but was also visibly limping after that race and took a scratch in the 200 free the next day. There was no telling if Smith could hold on for fourteen and a half minutes.

Smith led to the 600, but then Michigan junior PJ Ransford made his move, dropping splits of 26.0 and 25.9 to take over the lead. Meanwhile his freshman teammate Felix Auboeck crept up on Smith as well.

Ransford started to push out to a big lead, but at the same time, Open Water Olympian Jordan Wilimovsky started to find a second gear for Northwestern, closing the gap on Auboeck and Smith, who were locked stroke-for-stroke for several hundreds.

At the 1000-mark, Ransford became the 7th-fastest man ever in the 1000 free, but started to tighten up as his early effort started to set in. At the same time, South Carolina’s Akaram Mahmoud started to make his move. Mahmoud made a similar push in 2016 to pass up Smith and take the lead, but was run down late in the event by eventual champ Chris Swanson of Penn. The question lingered whether Mahmoud would find the right timing for his push this season or not.

By 1300, it was Auboeck and Wilimovsky pressing the pace. That duo had caught Ransford, with Smith on their heels and Mahmoud rapidly reeling in the pack with the field’s best splits.

From there, it was a wild dash to the finish. Smith accelerated from 26-mids to 25.8s to rocket to the lead. Wilimovsky and Auboeck started to tighten. Suddenly, Mahmoud looked like Smith’s biggest challenger.

“Mahmoud and Wilimovsky split 24.2 and 24.1 and somehow went backwards.”

I think that sentence perfectly encapsulates the WTF of what happened.

Honestly, one could argue that was the greatest race in NCAA History, that race was simply incredible.

Can someone please post a video link? Missed the race and now I can’t help but want to watch this. 🙁

check yutube – someone posted it