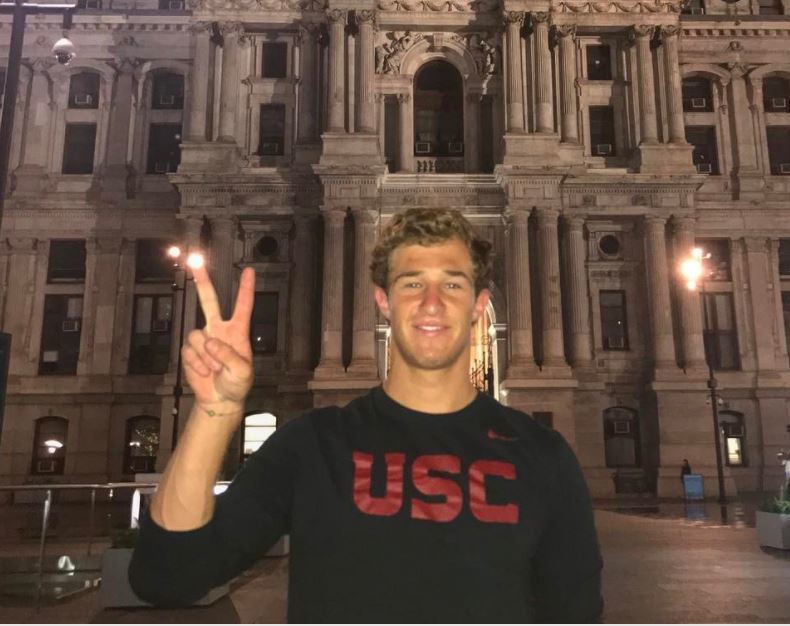 Ariel Spektor, a junior at the Bolles School, has verbally committed to swim at USC beginning with the 2018-19 season. Current photo via Ariek Spektor

Ariel Spektor, a junior at the Bolles School, has verbally committed to swim at the University of Southern California beginning with the 2018-19 season. Originally from Philadelphia, Spektor swims for the club team, Bolles School Sharks.

“I chose USC for the excellent academics and outstanding swim program. When I visited I really felt at home, and the team and coaches really made me feel welcomed, which made me feel like it was the perfect place for me. I can’t wait to join the Trojan Family! Fight On!”

Spektor specializes in butterfly and is the two-time reigning 100 fly champ at the FHSAA Class 1A Championship. He won with 47.85 in 2015 and 47.84 in 2016. While at Bolles, he has also contributed to six relay state titles.

In club swimming, Spektor was on two of BSS Sharks’ NAG record-breaking relays in 2014: the boys’ 15-16 4×50 medley and 4×100 medley, both of which were broken at 2014 Winter Junior National Championships in Federal Way, Washington. The following December he placed third in the 100 fly at 2015 Winter Juniors, and last year he was third in the 200 IM, fourth in the 100 fly, and eighth in the 100 free at the same meet. He was also on four winning relays. Spektor qualified for 2016 Olympic Trials with his sixth-place finish in the 100m fly at 2015 Summer Juniors in San Antonio, Texas.

Extremely excited to announce my verbal commitment to continue my academic and athletic careers at the University of Southern California! Can't wait to join the Trojan Family! #fighton✌️✌️️

What is the count now? Seems there has been several of them this past week.