Blueseventy Swim of the Week: Flickinger Fires Up In Georgia 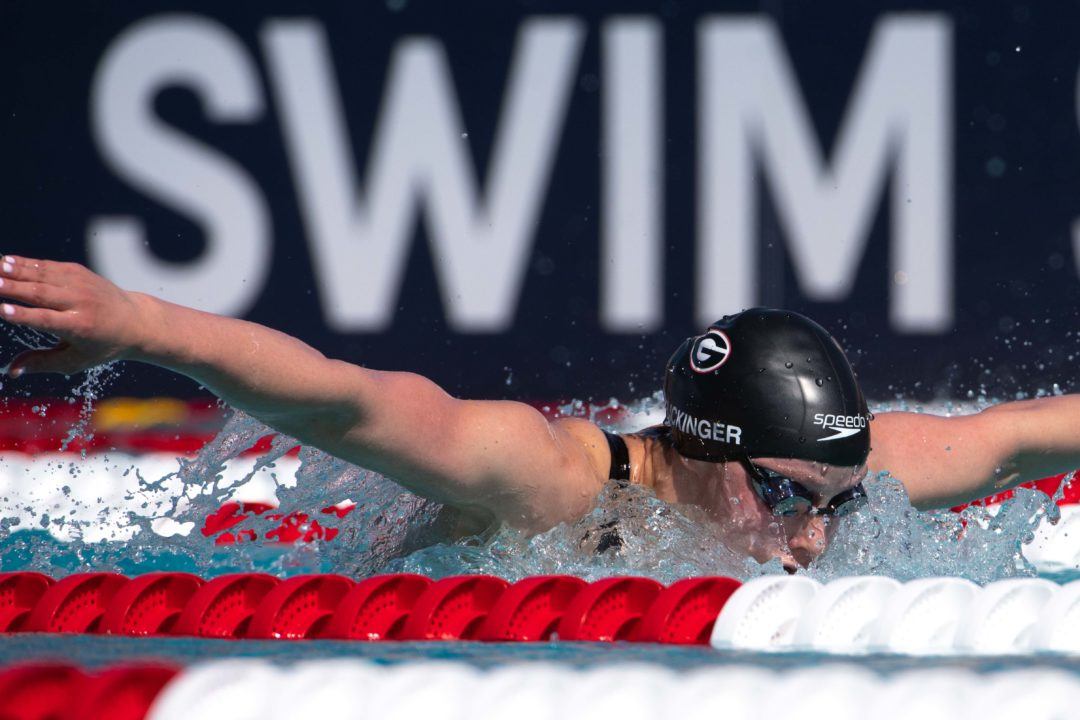 With arguably the most important U.S. Nationals of the Olympic cycle coming up, there's no better time for a swimmer to start heating up. Hali Flickinger is doing just that. Archive photo via Mike Lewis/Ola Vista Photography

With arguably the most important U.S. Nationals of the Olympic cycle coming up, there’s no better time for a swimmer to start heating up. Hali Flickinger is doing just that.

The Athens Bulldog pro put up three lifetime-bests at the Bulldog Grand Slam this week, beefing up her potential Pan Pacs lineup two weeks out.

While none of those three times would likely put her into the top 2 in fields that include Katie Ledecky, Leah Smith and Kelsi Dahlia hogging top spots, it’s worth remembering that swimmers can qualify for Pan Pacs as third or fourth finishers in individual events. While Flickinger is most likely to do so in the 200 fly, having more events with high national ranks could give her an insurance policy in case of a 200 fly disaster, or at least earn her a second shot to swim her background events in the hopes of nabbing another World Champs roster spot.