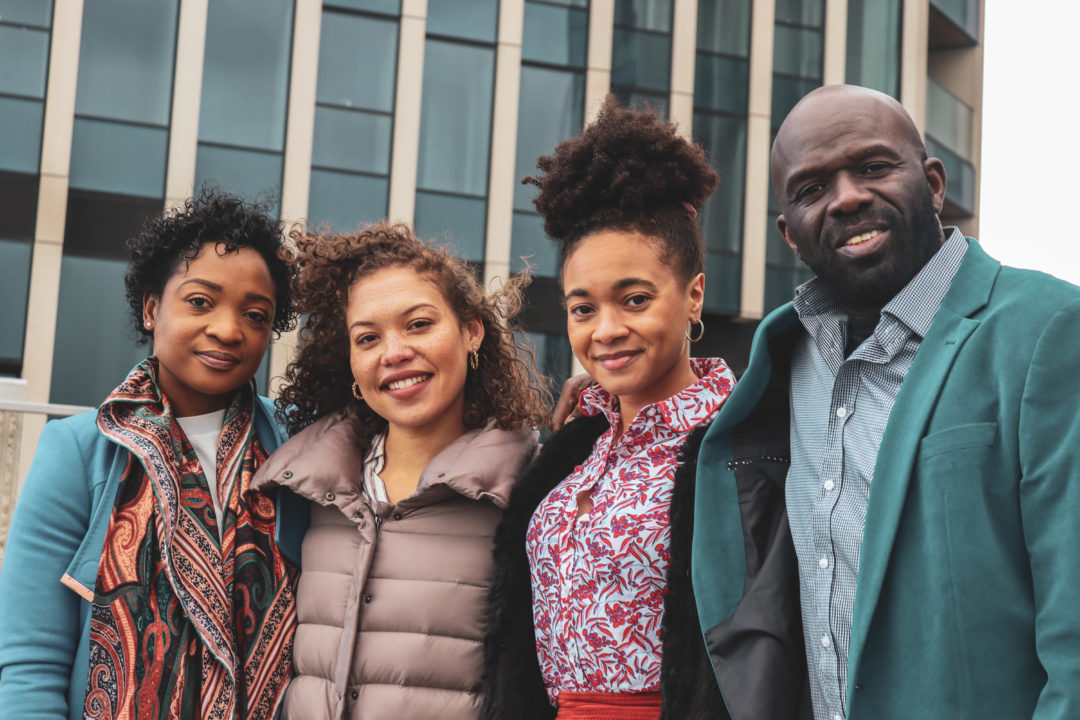 O’Connor Ponders Next Steps After Withdrawing from British Trials

Switching to marathon swimming in 2013, Burnell secured a spot on the 2016 Olympic team, and in preparation for Rio, won silver at the 2016 European Champs.

Olympic medalist Daiya Seto will be racing in April at the 2021 Japan Swim, the meet which acts as the nation’s sole Olympic-qualifying opportunity.

Bridging the gap between the aquatics sector and ethnic minority communities is what the Black Swimming Association (BSA) has committed to doing on the first anniversary of their organisation’s inception.

The UK-based charity hosted a virtual event on March 2nd announcing its new three-year strategy which is aimed at tackling existing boundaries that, as per their press release, “preclude African, Caribbean, and Asian communities from participating in aquatics.”

Co-founders Danielle Obe, Alice Dearing, Ed Accura, and Seren Jones revealed their approach during the event which includes a first of its kind research project within the UK.

The research will focus on “identifying, understanding and removing barriers that have led to a significant proportion of people from ethnically diverse communities, particularly those from lower socio-economic backgrounds, disengaging with the country’s aquatics sector.”

The BSA has outlined their approach as being a five-step process: engage with the sector, build trust and accountability, educate on water safety awareness and health benefits of swimming, change the current landscape of aquatics in the UK by increasing support for ethnically diverse communities, and increasing the number of people from these communities within the aquatic workforce from grassroots to the boardroom.

Speaking on this, Obe said: “Our goal is to serve people from underrepresented communities of African, Caribbean and Asian heritage with excellence and consistency; and our partnerships are intended to provide the right platform and create access to build bridges into these communities upon which the wider sector can drive through required change.”

“Stay away from the water and you will not drown”

The 2020 Active Lives survey by Sport England showed that 95% of Black adults and 80% of Black children in England do not swim.

Within the country’s Asian communities, 93% of Asian adults and 78% of Asian children also do not swim.

These statistics are central to the BSA’s message and also key to this strategic plan. The charity aims to increase the number of adults and children from African, Caribbean, and Asian communities who swim by 30% by 2024.

Alongside that goal, they are striving to reduce the number of drownings in the UK from ethnically diverse communities of African, Caribbean, and Asian heritage by 20%, which will primarily be tackled by delivering water safety guidance and education to schools, local community groups, and families.

Co-founder Ed Accura, who spoke of the stark lack of water safety messaging he received as a child, has directed two feature films entitled ‘A Film Called Blacks Can’t Swim’ and ‘Black’s Can’t Swim: The Sequel’ which explore the relationship between the black community and the aquatics sector.

Accura has learned to swim as an adult and said during the virtual address that the message given to him as a youngster was “stay away from water and you will not drown”.

He continued, stating that for many water safety is not enough of a reason to start swimming so the narrative around the sport should be shifted to illustrate just how exciting the activity can be.

Another co-founder is open water swimmer and Olympic hopeful Alice Dearing. Alice, who acts primarily as an ambassador for the charity, spoke on the lack of diversity and inclusion in aquatics and personal issues she has faced throughout her life.

If Dearing is successful in her bid, she will become the first female black swimmer to represent Great Britain at an Olympic Games.

During her appearance, Dearing spoke of her personal situation and potential Olympic success – equating that with the success of a young black girl being able to swim 25 metres.

One of the ways the charity plans to measure the success of its strategy is by the level of diversity in elite swimming. Dearing commented how, despite the prospect of gaining the title of Team GB’s first black female Olympian being exciting, “athletes don’t want to be remembered for their race but for their achievements.”

While the representation of ethnic minority communities within the sport at every level is incredibly important, Obe pointed out that “to be able to have elite athletes you need to have communities that are willing to engage with the sport in the first place,” which draws on the charity’s emphasis on education and grassroots sport.

You can find out more about the Black Swimming Association and the work they do by visiting their website here.

You can view the full virtual event here.