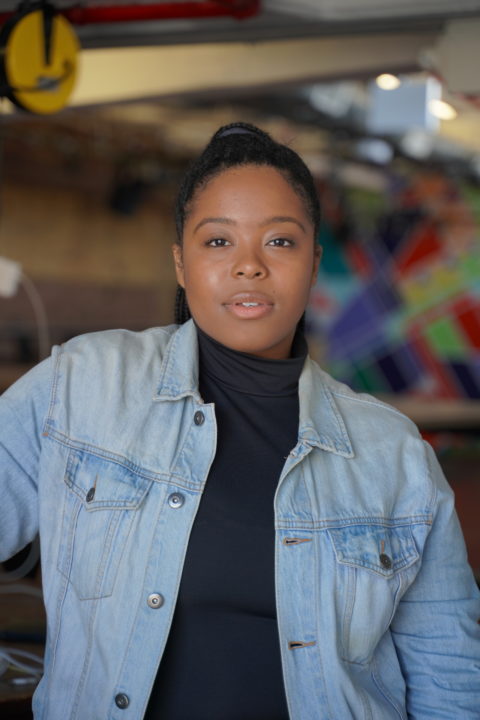 Black People Will Swim's Founder Paulana Lamonier speaks about the company's mission, how they've pivoted throughout the lockdown and plans for the future Current photo via BPWS

“Any barrier that has prevented Black people from swimming; BPWS is simply the solution to those barriers.”

Swim teacher and multimedia journalist, Paulana Lamonier, set up Black People Will Swim with one purpose; to eradicate the stereotype that Black people don’t swim. The organisation, based in Long Island, New York, was launched in March 2020 and stemmed from a simple goal that Lamonier set herself last summer; teaching 30 Black people how to swim.

“The response I got solely on Twitter was just amazing”, she explains. “People from all over were reaching out, and so I realised that this is a necessity that a lot of people don’t get the chance to experience –  learning how to swim.”

From there, Lamonier felt motivated to expand this goal from 30 to 2,020 people – which is now a main element in the companies’ mission statement.

My goal is to teach 30 black people how to swim this summer and I'm trying to come up with a hashtag for this campaign. feedback is welcome https://t.co/bjpQTVX5sK

BPWS use the acronym F.A.C.E – Fun, Awareness, Community, Education – to outline the work they do and the means used to deliver it. Due to the pandemic, the company has had to pivot their focus more towards ‘Awareness’ and ‘Education’ as swimming lessons have been forced to stop.

Speaking on this, Lamonier said “As a team we had to figure out some ways that we can further our mission. We may not be able to teach them how to swim but we can still teach them the importance and significance of it. It’s just as important as the actual skill itself.”

She reports that the engagement from people has remained strong, and has allowed BPWS to delve more into breaking the racist stereotype that Black people can’t/don’t swim. “This is a racist stereotype that started a long time ago and we’re educating our people as to where it comes from. We can’t change history, but we can educate our community as to what the future of swimming looks like.”

According to statistics from the USA Swimming Foundation and the University of Memphis , 64% of Black/African-American children can’t swim, compared with 40% of Caucasian children.

Lamonier praised elite Black swimmers – such as Simone Manuel, Alice Dearing, Cullen Jones – for being advocates in the sport. “Seeing is believing, and it simply means that ‘how am I to know the possibilities of being a Black woman/man in swimming if I’ve never seen it myself.”

In 2016, Simone Manuel became the first Black woman to win a gold medal in an individual event in swimming. On this, Lamonier commented, “If  she is the first in 2016, imagine what it’s going to be like in 2024. She has put a dent in the glass ceiling and once 2024 comes along we’re gonna shatter it because then it will become the ‘norm’. And that’s what we want to do, we want to normalise black people swimming.”

Another organisation with similar goals is UK-based Black Swimming Association (BSA), co-founded by Ed Accura and Danielle Obe. Their mission is a parallel to that of BPWS, with both groups advocating for more Black people to participate in swimming in their respective countries.

Lamonier said, “One of the biggest reasons why black women and women of colour don’t swim is because they don’t know what to do with their hair.” Being unsure what products and hairstyles work best can act as barriers for Black women and discourage them from taking to the water.

BPWS are, however, currently developing a swim cap which will be more suited to varying hair types. Lamonier believes this will help the Black community to “improve their relationship with the water.”

Some of their other objectives that are already in the works include building a swimming pool to call home, providing financial aid in the form of a scholarship programme to student-athletes, and certifying Black swimming instructors for free.

Despite being in its infancy, the company has already been awarded $10,000 as part of the Reimagine Sport Grant, as well as being named as a semi-finalist in the ESSENCE x Pine-Sol Build Your Legacy competition. They are also due to launch their #MySwimStory campaign across social media soon, which will be a “deep dive into Black people’s relationship and experiences with the water”, said Lamonier.

She added: “This (support) is a testament to say ‘we agree with you, we understand the importance of it and we’re going to support you’. My team understand and devote ourselves to this mission. We are proud of what we have accomplished in 6 months, but have more work to do.”

You can find out more about Black People Will Swim and the work they do here.

This is awesome for the sport!!! Swimming is for everyone and I’m glad she’s breaking barriers to let that be the case. Way to go!!! 🙂

Very good. i am a product of inner-city Detroit schools in the 60’s and 70’s. Every HS had a pool, everyone was required to take swim class during gym, and it was essentially learn-to-swim classes. And there were wonderful, very fast AA swimmers competing. Not just a couple, but a lot. Now only two of 20+ HS’s has kept a pool. Swimming is not a requirement. And all that has been lost. Swimming is a life skill that was mandatory at one time in HS’s and even in college’s. I don’t know for sure about other school systems in inner-cities, but i suspect they have had a similar experience. We really need to bring all of that back. It was… Read more »