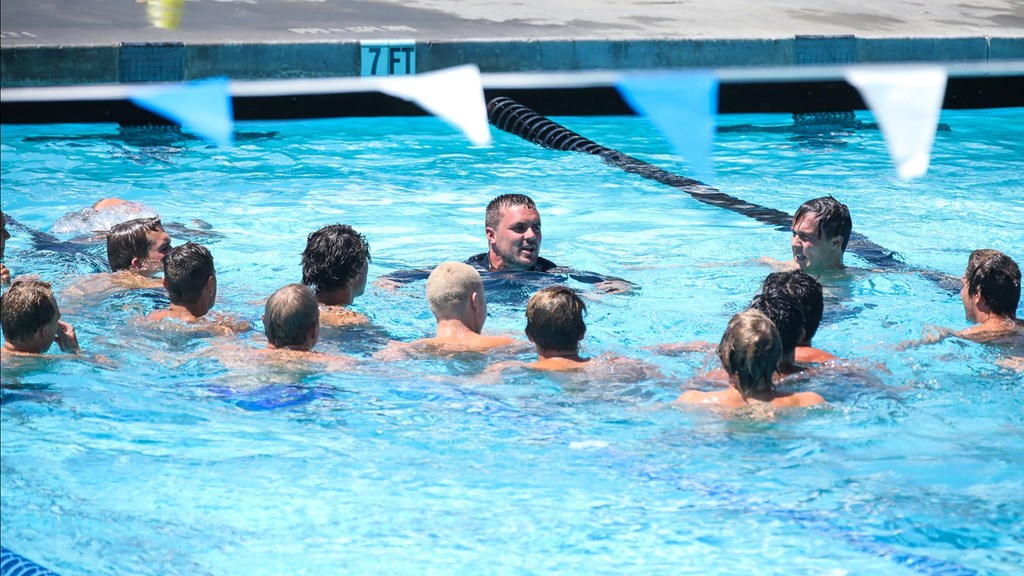 I Biola's first year eligible (2020), Kauth took one swimmer to the NCAA Division II Championships, and this year that number grew to three. Archive photo via Biola Athletics

Rollins College, a DII program in Florida, secured a pair of commitments for this fall from Chance Ricca and Payden Knettles.

Kurakin was in the lead from start to finish, and although it looked like he would get caught on the 2nd-to-last 50, he managed to kick it into gear

LA MIRADA, Calif. — In 2017-18 Ryan Kauth inherited a Biola Swim & Dive program in its first NCAA Division II season – a team that had never finished higher than fifth (men’s) and eighth (women’s) in the Pacific Collegiate Swimming & Diving Conference. In just four short years he transformed both programs through inspired recruiting, intense training, knowledgeable coaching and sheer passion into PCSC Championship level sides, culminating in a pair of championship dips just a few weeks ago at the Woollett Aquatics Center. After four incredible years to begin his collegiate head coaching career, Kauth has announced he’s stepping away from his duties here at Biola, effective May 21.“It has been an incredible journey to lead the Swimming and Diving programs at Biola University over the last four years,” said Kauth “I’ve always tried to invest/pour all of who I am into these programs. I’ve tried to be loyal, hardworking, and supportive of athletes every single day I’ve spent in this position, and I pray that’s what is remembered about my time here.”In 2020, in Biola’s first year eligible, he took one swimmer to NCAA Division II nationals, and this year that number grew to three, including multiple NCAA All-American swims.“Ryan will leave a significant legacy in our swimming and diving programs,” said Eddie Shepard, associate athletic director. “It has been a joy for me to see Ryan’s drive and determination push our swim programs to the place where they are receiving national recognition.”“At the beginning of this journey, I hoped that I would be leaving proud of the recruiting and success I was able to achieve, but I realize now that I’ve spent much more time reflecting on the people, and the relationships I’ve formed along the way. That coaching is, and Biola has been, so much bigger than wins, losses, and championships,” said Kauth.Kauth’s time at Biola will be long remembered as a transformative experience for his student-athletes and the program as a whole. He worked tirelessly to provide a competitive, challenging experience that his whole team could be proud of, with all of the work leading to this 2020-21 statement season. He set the gold standard for the work ethic he demanded from his student-athletes, especially during this COVID-19 impacted year.“Coach Kauth has been an inspirational leader of the men’s and women’s swimming and diving programs,” said Dr. Bethany Miller, Senior Director of Athletics. “We will miss what he contributed to our Athletics staff and to these programs in his passion for the sport and his technical coaching expertise.”During his tenure, Kauth led the teams to 24 total dual meet wins. This season his women’s side had an undefeated season, going 7-0 overall and 4-0 vs. NCAA Division I programs. His student-athletes earned 26 PCSC event championships and have consistently been among the best academically in all of NCAA Division II.“It has been a privilege to lead so many incredible athletes here at Biola, and have my time culminate in the first-ever PCSC Conference Championship for both programs,” said Kauth. “This may be the end of my time here, but I believe there are still so many great things that lie ahead for these programs, and I look forward to watching their success continue on a conference and national level. I’m excited for the joy that comes with a new chapter, but I also feel blessed, and fortunate that it’s so difficult to turn the page on this one.”Biola will begin a national search for a new head coach as soon as possible. The job application will be available on the Biola HR Employment Website within the next week.

Ryan is an awesome coach and an even better human! I wish him all the best with whatever the next chapter holds.

Ryan is AMAZING, taking a bottom level team to one that’s had really amazing success in the past 2 seasons. Best of luck with your future!

This guy is top notch. His team will not forget him