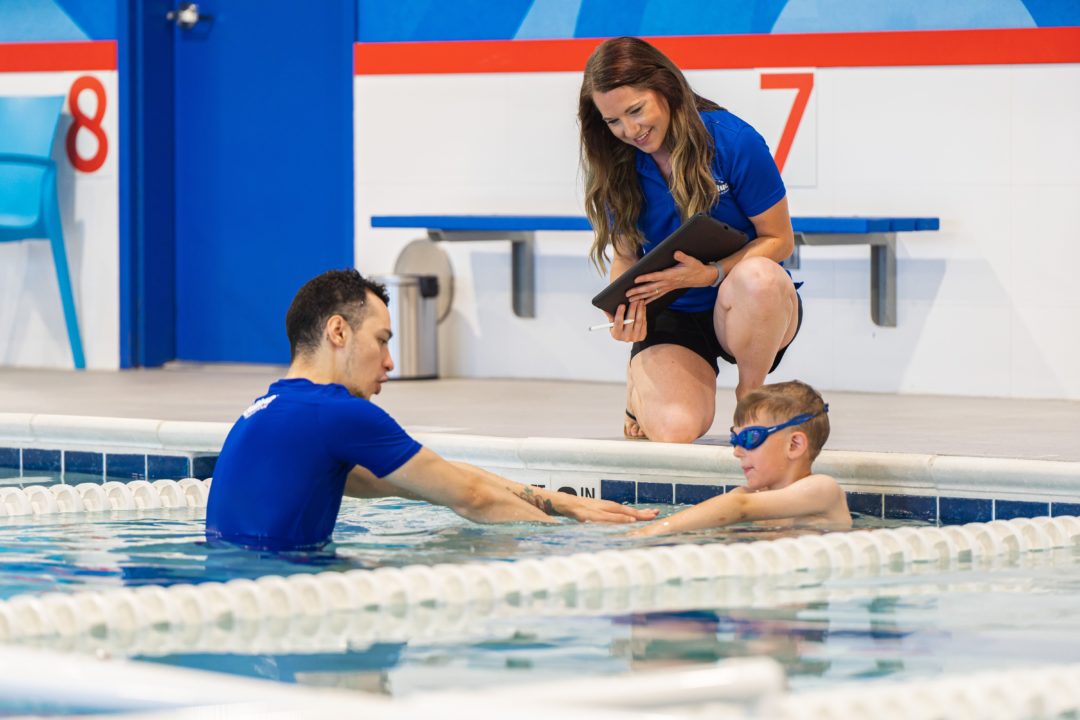 The competitive swimming champions to inspire a new generation of swimmers in their hometown of Metro Detroit.

CHICAGO (March 29, 2022) – Big Blue Swim School, one of the nation’s fastest-growing swim school franchises, announced today that it has reached its goal of 50% of locations sold within three years of beginning its franchising journey. With its aggressive growth plan, Big Blue Swim School sold 201 units in 23 states across the country. Brand investor Level Five Capital Partners contributed to the growth by purchasing 27 new locations. With a goal of reaching 100 open units by 2025, the brand is uniquely positioned to be the leader in the $3 billion learn-to-swim industry.

With its new commitment, Level 5 will open 27 units across California, New York, and Maryland, adding to its initial investment of 16 locations throughout the U.S. The partnership between Level 5 and Big Blue began in 2017 when Level 5 acquired a stake in the brand. Level 5’s mission is to change lives locally, which aligns with Big Blue’s unique teaching process that shows kids they can do anything by unlocking their full potential in the water.

“We are excited about the acquisition of 27 new Big Blue units as we continue our plans to grow alongside the brand,” said Scott Thompson, Managing Partner and CDO of Level 5. “Big Blue’s recession-resistant business model and their unique real estate strategy made them an attractive investment for us, and we are thrilled with the growth we have been a part of since joining the brand as a partner in 2017.”

“We’re excited about the pace of the growth we’re experiencing and reaching our 50% goal this early on,” said Scott Sanders, CEO of Big Blue Swim School. “We’re also thrilled by the reception we are receiving across the country. We’re not just opening swim schools; we’re helping children build life-saving skills and boosting their confidence at the same time by showing them they can do anything by unlocking their full potential in the water. We couldn’t accomplish this without our incredible franchise partners, including Level 5, who have helped us grow immensely over the past three years.”

The brand is actively looking for qualified franchise partners to develop in several other key markets across the country, including San Jose, Kansas City, Cleveland, Seattle, Milwaukee, Madison, and Green Bay, among others.