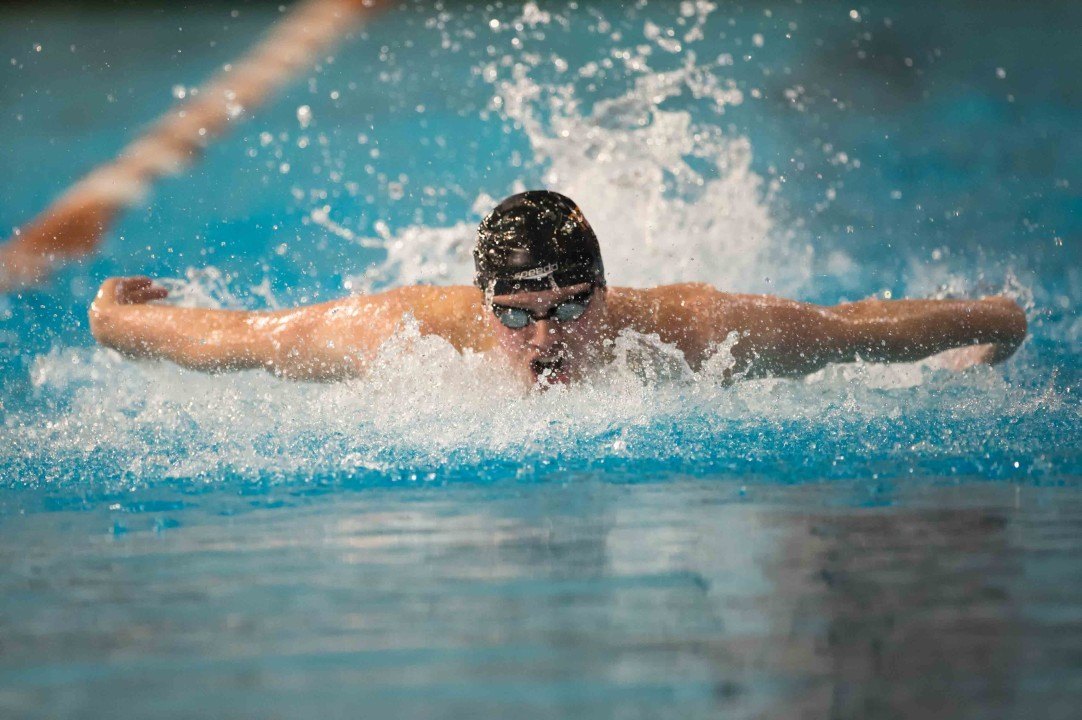 The Big 12 Conference published their first version of the psych sheet for the 2015 conference Championships at the University... Archive photo via Mike Lewis/Ola Vista Photography

The biggest shock is that NCAA leader Jack Conger will not be swimming the 200 butterfly. The sophomore posted the fastest NCAA time of the year and a new Texas School record against Arizona and SMU at the end of January with his 1:40.34. Even though he is not swimming the event at the Big 12 Championships, the 200 fly could still be an option for him at the NCAA Championships. His butterfly has looked strong all year. He has the third fastest SCY 100 fly in the NCAA at 45.76 right now and he also posted a world leading 51.6 100 LCM butterfly earlier in January. Although he leads the nation in the event at the moment, he will face a lot of competition from Michigan’s Dylan Bosch at the NCAA Championships if he chooses to swim that event. Bosch broke Michael Phelps’ and Tom Shields’ US Open records last year with his time of 1:39.33.

To view the full psych sheet for the 2015 Big 12 Championships, click here.

0
0
Reply
cut to the chase
Reply to  calswimfan

Without a doubt. My guess is that he is gauging his 200 back to see how it will stack up against his competitors come March.

It’s certainly a high class problem to have, but figuring out who gets on what relays is going to be pretty challenging for Texas.

But, this team has so much more than Conger. I don’t think he’s indispensable on any relay.

Has anyone ever done the 200 back/fly double and made the A final in both? #askswimswam

I’m not sure, but I think Tom Shields could have done it. I think he doubled the 100 fly/back.

Hongzhe Sun did it for Stanford for at least one year. The guy had killer underwaters.